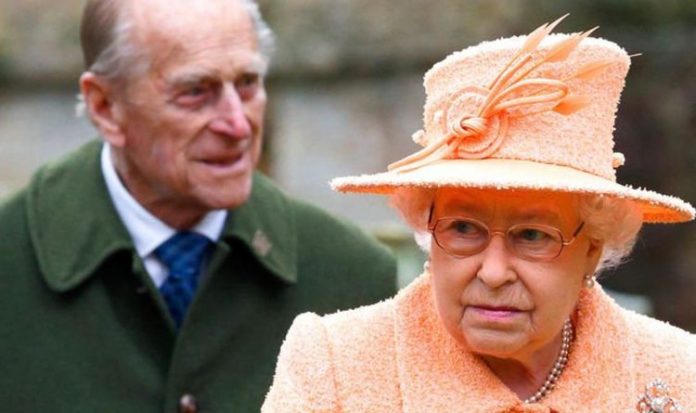 Palace officials are creating a COVID bubble between Buckingham Palace, Windsor Castle and Sandringham House to allow the Queen and Prince Philip to move freely within these estates without the risk of catching coronavirus, according to reports. These measures would make it easier for the elderly royals to meet during the autumn as well as spend Christmas at Sandringham, according to royal experts.

A royal insider told the Daily Mail the Queen and Philip’s Christmas at Sandringham is “set in stone” – unless there is a dramatic change in national guidelines on COVID-19.

The source said: “This is something that they have been planning for a while and will enable them to create a new bubble in order to continue to see each other while Her Majesty commutes between Windsor and Buckingham Palace for official duties.”

However, the newly-announced ban on gatherings of more than six people in England as well as the currently standing social-distancing measures are likely to disrupt plans of a wider family gathering on Christmas, a royal watcher has noted.

Twitter user Beth W wrote: “Well according to the latest UK rules, only six family members can join them for Christmas”.

As announced yesterday evening by the Government, groups of more than six people from different households won’t be allowed to meet either indoor or outdoor from Monday.

This afternoon, Prime Minister Boris Johnson is expected to hold a press conference to brief the country on the spike in coronavirus cases.

Ahead of the news conference, the Prime Minister said: “We need to act now to stop the virus spreading.

“So we are simplifying and strengthening the rules on social contact – making them easier to understand and for the police to enforce.

“It is absolutely critical that people now abide by these rules and remember the basics – washing your hands, covering your face, keeping space from others, and getting a test if you have symptoms.”

The Government hasn’t stated how long for this new ban is to remain in place.

In mid-July, Boris Johnson set out a roadmap to further ease restrictions in England which, he hoped, would lead to a “significant return to normality” by Christmas.

He said during a press conference: “It is my strong and sincere hope that we will be able to review the outstanding restrictions and allow a more significant return to normality from November at the earliest – possibly in time for Christmas.”

However he added any changes to the laws enforced to quash the spread of COVID-19 are “conditional” to a steady fall in coronavirus cases.

If current measures were to remain in force until the end of the year, the Queen would not be able to host at Sandringham most of her loved-ones on Christmas Eve and Christmas Day as she usually does.

Last year, the monarch hosted a traditional Christmas lunch at Sandringham House with Prince Philip, Prince Charles and Camilla, Duchess of Cornwall, the Cambridges, the Wessexes, Princess Anne and her husband Timothy Laurence, Prince Andrew, his two daughters and their partners.

Over the past few years, the Queen has also counted among her guests the Sussexes, Zara and Mike Tindall and Autumn and Peter Phillips.

Members of the House of Windsor usually arrive at Sandringham House on Christmas Eve.

Following a German tradition, the royals exchange presents before supper rather than waiting until December 25.

On Christmas Day, the monarch heads to St Mary Magdalene Church in Sandringham at 9 for a private service.

Other royals walk from Sandringham House to the church later on the same morning, and are greeted by well-wishers before 11am, when the main Christmas Day service begins.