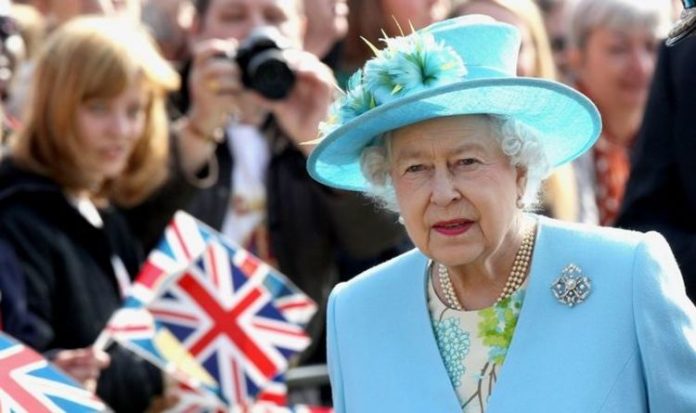 Parliament intends to mark Her Majesty’s 70th year of service to the Crown next year, but the choice of gift has raised a few eyebrows. The Queen’s Platinum Jubilee will take place on February 6, 2022, and MPs have suggested presenting the monarch with a lamp post to mark the occasion.

A panel of MPs and peers have decided a commemorative lamp post would be a fitting gift and have invited sculptors and artists to submit their designs, according to the Mail on Sunday.

Parliament has traditionally marked key milestones in the Queen’s reign, installing a bronze sundial in Westminster’s Old Palace Yard to mark her Golden Jubilee in 2002 and commissioning a stained glass window in Westminster Hall for her Diamond Jubilee in 2012.

The latter was the brainchild of Tory MP Michael Ellis and was designed by British glass artist John Reyntiens, containing 1,500 separate pieces of glass.

Mr Ellis is also overseeing the Platinum Jubilee gift and has refused to divulge any details of the plans.

But one MP doesn’t appear to be impressed by the latest gift suggestion.

One MP said: “When I heard this, I thought it was a joke!”

A social media user also took to Twitter to question the plans, and wrote: “She ain’t a f*****g dog.”

But one political insider said the lamp post wasn’t to be mocked, as it will end up being a “very special” structure.

JUST IN: Donald Trump’s ‘mortal insult’ to Queen during visit to UK

Culture Secretary Oliver Dowden said the May bank holiday weekend will be moved to Thursday, June 2 and an additional bank holiday will take place on Friday June 3, giving Britons a four-day weekend.

The long weekend will feature “an extensive programme of events that mix the best of British ceremonial splendour and pageantry with cutting edge artistic and technological displays”, the Government has said.

Announcing the plans last November, Mr Dowden said: “Her Majesty’s Platinum Jubilee will be a truly historic moment – and one that deserves a celebration to remember.

The celebrations will mark the first time any British monarch has reached 70 years on the throne.

The Queen is already the longest-reigning monarch, gaining that title in 2015.