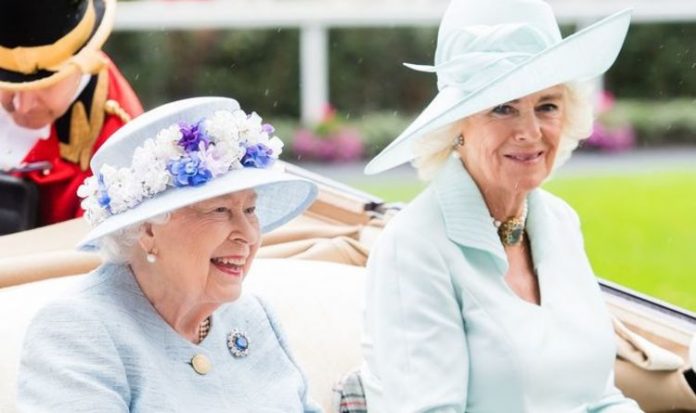 During Channel 5’s documentary ‘Secrets of the Royal Palaces’ royal commentators, Richard Kay and Penny Junor discussed Camilla’s initial reception within the monarchy. The documentary’s narrator Glynis Barber stated “a full-blown constitutional crisis was brewing” as senior figures of the Royal Family clashed with Prince Charles over the Duchess of Cornwall.

Mr Kay said: “There were some quite senior figures at Buckingham Palace that wanted no Camilla at all, ever.”

Ms Juror added: “It was absolutely vital that his [Prince Charles] mother should accept her.

“It was also absolutely vital that the British public should accept her.”

Robert Jobson, Royal Editor of the London Evening Standard, told Channel 5, Camilla was initially viewed as a threat to the “security of the monarchy”.

Mr Jobson said: “If you actually look at the two women, they share an awful lot of similarities.

“Both are country women essentially, they both love horses, they share a passion for the countryside.

“There are a lot of similarities that they would always personally get on.

“In fact, this wasn’t a relationship that she had endorsed at all.

“But time had moved on, the situation had changed and she gave them her full backing.”

Prince Charles and Camilla got married in April 2005.

It was the second marriage for both, with Prince Charles having previously been married to Princess Diana.