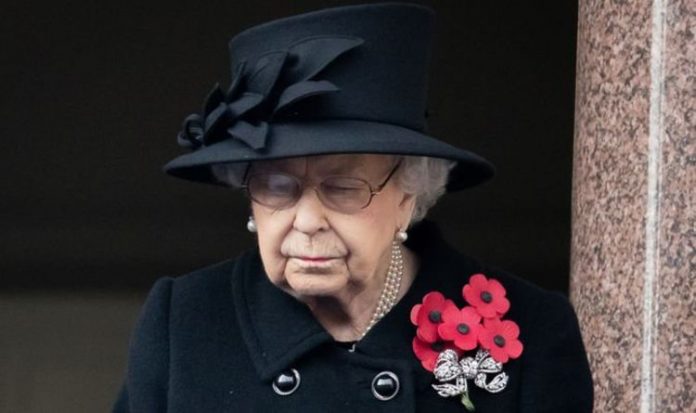 Senior government sources said the 94-year-old Queen, who is in the second priority group of over 80s, will not be able to jump to the front of the queue. Instead, care home residents and their carers will be at the top of the list, according to guidance from the Joint Committee on Vaccination and Immunisation.

A senior source told the Daily Telegraph: “We would expect everyone to receive any vaccine in the order that is set out by the Joint Committee on Vaccination and Immunisation (JCVI).

“There will be no special treatment for anybody.”

The UK has secured 40 million doses of a COVID-19 vaccine in development by pharmaceutical firms Pfizer and BioNTech, which has shown to be 90 percent effective in preventing the disease.

After care home residents and carers, people aged over 80, including the Queen and her husband Prince Philip, are next in the queue.

It comes after both Prince Charles, 71, and Prince William, 38 contracted coronavirus.

Prime Minister Boris Johnson, 56, will also not be able to jump the queue as he is placed in the ninth group for over 55s.

Mr Johnson was struck down with the killer virus back in April.

It comes after the Health Secretary Matt Hancock said vaccinations for care home residents and staff are the “top priority”.

He told the Commons: “The top priority according to the clinical analysis for this vaccine is the residents of care homes and the staff who work to look after them so well.

“They are in the very first categorisation because they’re the most vulnerable to this disease.”

Mr Hancock said the military and NHS staff are on standby to roll out a COVID-19 vaccine across the UK from the start of December and will work “seven days a week”, with GPs, new vaccination centres and pharmacists all playing a role.

Pop-up vaccination clinics are also expected to be used in some areas.

Mr Hancock said there were many hurdles to overcome before the “vast task” of vaccination could begin, including a thorough examination of clinical trial data.

But he said the NHS was leading the work to get a vaccine to those most in need as soon as possible, including the elderly and health and care staff, though most other people will not get a jab until 2021.

The roll-out of a vaccine would ease the pressure on Mr Johnson to avoid having to extend the national lockdown in England when it expires on December 2.

Experts hope that the first phase of vaccination of priority groups could prevent the vast majority of deaths from the invisible killer disease.

Asked whether a vaccine could be available by Christmas, Mr Hancock said that was “absolutely a possibility”, adding that vaccination clinics would be open on bank holidays and weekends.

The UK Government has ordered 40 million doses of the Pfizer vaccine – enough for about a third of the UK population.

It expects 10 million of these doses to arrive in the UK before the end of this year, with people given two doses, 21 days apart.