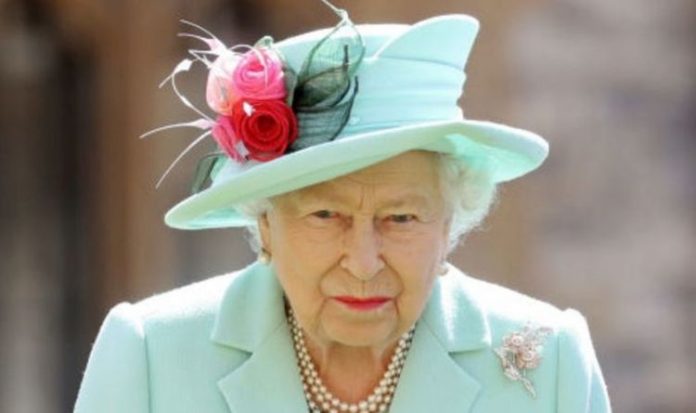 Fans have lashed out after it became clear the Queen will be expected to give royal assent for a controversial new Brexit bill to pass. It comes after the Queen allowed Parliament to be prorogued at Mr Johnson’s request last year – before the Prime Minister’s decision was ruled to be unlawful. Now the PM plans to press ahead with legislation that breaches parts of the Brexit divorce deal faces a vote in the House of Commons on Monday.

But Mr Johnson, who has an 80-seat majority, is facing a revolt from some of his own ministers over the Internal Market Bill, while former Prime Ministers including David Cameron, Theresa May and Tony Blair have all criticised the plan.

Parliament will debate the bill, with ministers then voting to decide if the legislation should proceed to the House of Lords, where opposition from Conservative members is expected to be even stronger.

If the bill passes through the Upper Chamber, the Queen, as head of state, would provide it with Royal Assent by agreeing to formally turn the bill into legislation.

Now fans of the Royal Family are furious Her Majesty could be forced into another controversial position.

Royal Family fans are warning the Queen must not be dragged into the controversial Brexit situation (Image: GETTY)

One royal fan fumed on Twitter: “If the Queen signs the Internal Market Bill into law, she will become complicit in this illegal government.

“She was implicated unknowingly in the illegal prorogation, but this time she won’t be able to get round the fact this law breaks the law.”

Another person wrote: “The Queen’s heading for a very sad end to her reign, both with Andrew, plus being lied to by her Government, leaving the EU, withdrawing from ECHR, tragic loss of life from Covid and worst of all the break-up of the UK.

“Refusing to sign would be a massive positive for the Royals.”

The Queen will be expected to give royal assent for the Bill to pass (Image: GETTY)

A third person commented: “She was also implicated in last year’s illegal suspension of the legislature by giving consent.

“The ultimate test of constitutional monarchy is whether they can safeguard democracy when it’s under threat & she failed.

“With that, my lifelong support of having a monarchy disappeared.”

The furious reaction from Royal fans comes as businesswoman Gina Miller accused Mr Johnson of asking the Queen to “put her name to an Act that would break international law”, something that would “mar her legacy as someone whose life has been dedicated to the rules-based order”.

Gina Miller accused Boris Johnson of asking the Queen to ‘put her name to an Act that would break international law’ (Image: GETTY)

Geoffrey Cox said it would be ‘unconscionable’ to override the withdrawal agreement (Image: GETTY)

She warned the Government could be placing Her Majesty in the “middle of a major constitutional crisis by demanding her approval for her government to break international law”.

Ms Miller wrote: “Many elements of the Internal Markets Bill are necessary as we reverse 40+ years of membership of the European Union, and the Prime Minister is respecting Parliamentary sovereignty by placing the Bill before Parliament.

“However, the position he is potentially placing the Queen in is as distasteful as it is disrespectful.

“The third stage of any legislation is the Crown must agree to the legislation through the prerogative of Royal Assent. This is normally a formality as the sovereign body of the United Kingdom is not Parliament, but the Crown-in-Parliament.

“The last time Royal Assent was refused was in 1708, under Queen Anne, when she rejected the Scottish Militia Bill on the advice of ministers. In 1914, George V very nearly withheld the assent to the Irish Home Rule Bill but was persuaded not to, again on ministerial advice.

Geoffrey Cox, who served as attorney general under Mr Johnson, said it would be “unconscionable” to override the withdrawal agreement, adding there is “no doubt” the “unpalatable” implications of the treaty were known to the Prime Minister when he signed it.

He wrote in The Times: “When the Queen’s minister gives his word, on her behalf, it should be axiomatic that he will keep it, even if the consequences are unpalatable.

“No British minister should solemnly undertake to observe treaty obligations with his fingers crossed behind his back.”

David Cameron, who was Prime Minister at the time of the EU referendum vote in 2016, said on Monday: “Passing an act of Parliament and going on to break an international treaty obligation should be the very last thing you contemplate, an absolute last resort.

“So I have misgivings about what is being proposed.

“But let’s be clear about what is happening. The Government has proposed a law that it might or might not act on depending on whether certain circumstances do or do not come to pass.

“And of course the bigger picture is that we are in a vital negotiation to get a deal with the EU.

“I think all of this needs to seen in that context. And that’s why I have said relatively little about this issue.”