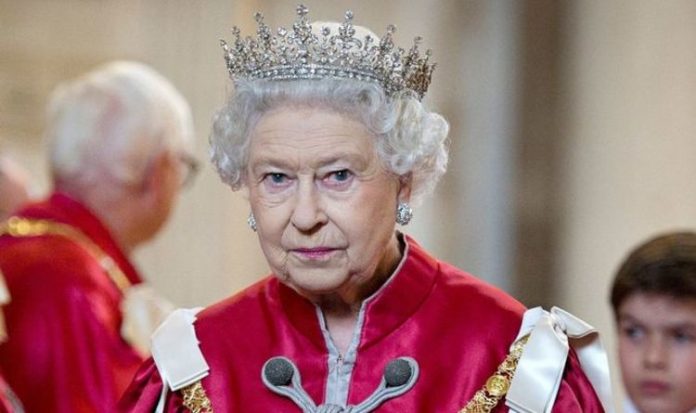 The Royal Family Twitter account shared a new video illustrating what will come next in the 10-year-long reservicing programme at Buckingham Palace as well as how the staff and the Royal Collection Trust (RCT) have been preparing for the new works. The refurbishment is now focusing on the Picture Gallery.

The planned works involve the replacement of its centuries-old roof as well as the removal of old pipes and wires.

The short clip shared on social media by the Queen’s account shows RCT staff taking down for the first time in more than four decades invaluable masterpieces from the walls of the Picture Gallery.

This gallery is one of the states rooms often hosting receptions and official visits from foreign leaders, and it is now the focus of the renovation works.

Sean O’Connor, reserving programme construction director: “This is another part of the works that we are doing, we will be replacing the Picture Gallery’s roof as part of future proving for years to come.”

The roof is 200 years old, as this area of the palace was created by the Queen’s grandfather King George V in the 1820s.

The 65 invaluable paintings usually kept in this states room are now to be included in an exhibition curated by the RCT.

READ MORE: Queen ‘not in charge’ of Palace as royal courtiers in control

Isabella Manning, assistant curator of paintings at the Trust, said: “The removal of the paintings from the Picture Gallery in preparation for the next phase of the reservicing programme has given us the exciting opportunity to put 65 spectacular paintings on public display in a modern gallery setting.

“They are some of the best-known paintings in the collection, and this exhibition will give us a chance to look at them up close and with a fresh eye.”

The exhibition, titled Masterpieces from Buckingham Palace, is to launch two days after the end of the national lockdown in England and will take place at the Queen’s Gallery.

Among the artists featured in this showcase there will be Rembrandt, Canaletto and Van Dyck.

The public usually has the opportunity to see first-hand these paintings by visiting the Buckingham Palace’s states room over the summer opening at the Queen’s residence.

While the actual works started in 2019 and are expected to cost £369million.

Despite the extension of the refurbishment, the palace has remained occupied and fully functional until the first national lockdown in March 2020.

They will involve in particular the replacement of the palace’s electrical cabling, plumbing and heating, which haven’t been replaced since the 1950s.

The building’s infrastructure will also experience a complete overhaul to prevent long-term damage to the building and its contents.

The renovation programme is being funded by taxpayers through a temporary uplift in the Sovereign Grant.

Buckingham Palace is the Queen’s working home in London.

It also hosts the offices of many royals and their communications teams.