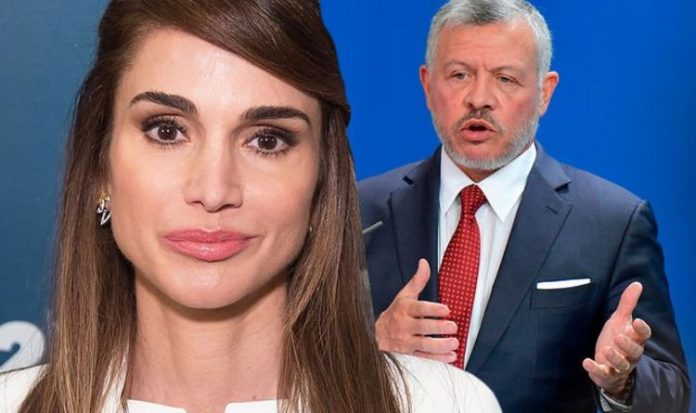 Jordan’s royal couple have ruled over the country since 1999. King Abdullah II and Rania, Queen consort of Jordan, have been noted as particularly unique in the world of royalty. Unlike other royal families, like Britain’s Windsors, Abdullah and Rania have actively engaged in global political discourse.

Abdullah has several times mentioned his being keen to modernise Jordan and thus the Middle East in pitting women as equals to men despite cultural differences.

She has particularly focused on the Israel-Palestine conflict; Rania herself is Palestinian.

Despite her being well-placed in royal and political life, during a 2001 ’60 Minutes Australia’ interview, Rania admitted that she often felt she wasn’t up to the job.

She explained: “I always had moments of doubts.

“I think that’s healthy because feeling over-confident can be a very dangerous thing.

“You have to push yourself.

JUST IN: Prince William delight as he is joined by another royal in new venture

Abdullah had therefore grown up living a relatively “normal” life – working in the military and living in the US.

However, in 1999, Abdullah’s father, King Hussein, became severely ill and was flown to the US to receive emergency treatment.

He returned, his death an inevitability, and announced he intended to transfer the title to his son.

Within three weeks Abdullah went from never expecting to rule over Jordan to frantically preparing for the biggest role of his life.

Rania too was taken by surprise.

Although she and Abdullah had married six years previous, neither had she expected to become the Queen of some five million people.

Despite this, Abdullah and Rania have been widely credited with having modernised Jordan to levels never before seen, and turning the country into a peace broker in an otherwise tense region.