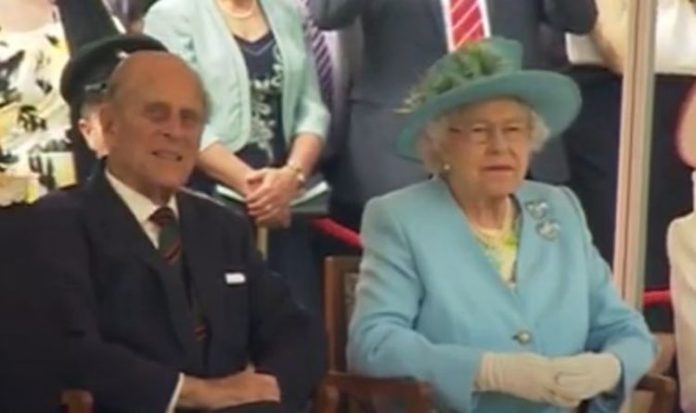 Queen Elizabeth II has announced that she and Prince Philip have both had their first jabs of the coronavirus vaccine. Royal commentator Rhiannon Mills reflected on the importance of this announcement while speaking to Sky News. Ms Mills said that the Queen was the person who made the decision to make the announcement in order to send a powerful message.

She added that this was the Queen conducting her public service messaging to ensure the people of Britain know that the vaccine is needed and safe.

Ms Mills said: “Today the significant move that we are hearing in the last 10 minutes or so is that Prince Philip and the Queen have received that vaccination.

“That is sending out an incredibly clear public message when it comes to encouraging people to get the vaccine.

“But also I think it is sending a message of hope that is something that we heard within the Queen’s Christmas message.

DON’T MISS: Queen ‘locked out of her own home’ after major misunderstanding

“Yes we are living through very difficult and unprecedented times but we should at least see some light and hope with the vaccine.

“Also with the way in which communities continue to come together and those NHS frontline staff continue to work so hard to protect and treat the patients that they are dealing with at the moment.”

Ms Mills added that the Queen is the individual who opted to make the news public.

She added: “It is interesting that the palace are saying the reason they put this out into the public domain is to prevent inaccuracies.

“This was to also end speculation around when the Queen and Prince Philip were going to get the vaccine.

“They are making it very clear that it came down to her majesty the Queen.

“She was the one who decided that it should be known that she had the vaccination.”

The Royal commentator also highlighted the importance of the Royal Family setting a good example during the crisis.

Ms Mills said: “Now that we are into this third national lockdown, again the Royal Family are going to continue doing what they can to set the example/

“I think they are going to continue to celebrate all the hard work going on across the country.

“For example, yesterday Prince William spoke to NHS staff in Hackney and heard for himself some of the horrors they are facing.

“He heard about all the tiredness and anxiety they are going through.”