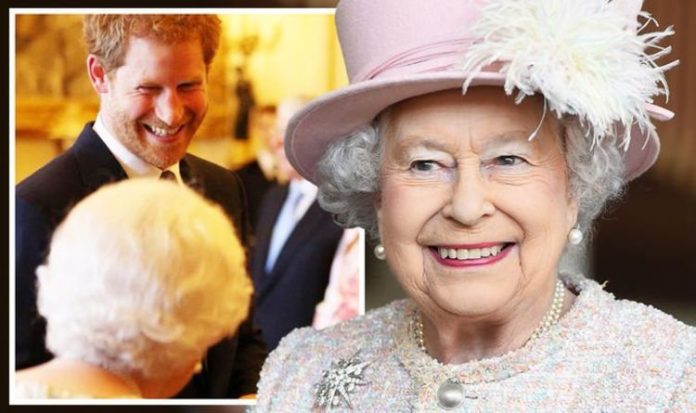 The Queen publicly wished a happy birthday to her grandson Prince Harry via her official Twitter account. The monarch’s social media staff on The Royal Family Twitter wrote: “Wishing The Duke of Sussex a very happy birthday!”

The message was accompanied by a picture showing the Duke laughing with his grandmother the Queen.

The snap was taken during a Queen’s Young Leaders reception at Buckingham Palace in 2017.

Publishing a message on social media a few seconds after the Queen, the royal couple’s office, Clarence House, tweeted: “Wishing a very happy birthday to The Duke of Sussex today!”