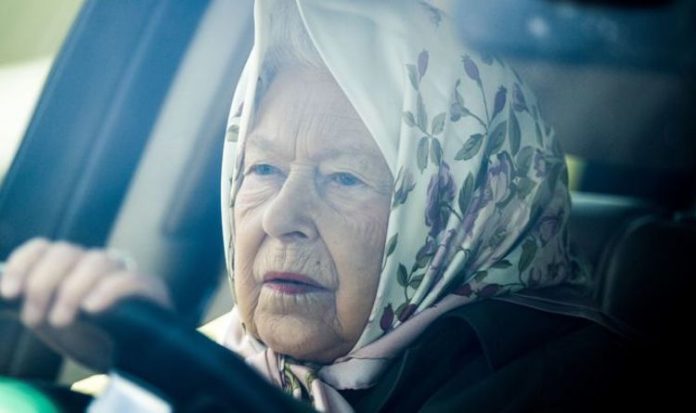 The Queen is on holiday in Sandringham with Prince Philip, where she is enjoying a brief holiday after shielding from coronavirus. While there, she and her husband will take in the Norfolk countryside before returning to Windsor once more and resuming some duties. The home often sees them roam around more freely, with some independence from royal staffers outside on the estate.

Does the Queen need a driving license?

Part of their independence on the estate may see the Queen or Prince Philip driving alone or one horseback.

Any UK driver, therefore, does so on her permission, as officials issue licenses in her name.

The Queen’s position exempts her from needing to present a license to the authorities.

He was surprised, however, when the Queen was the one who climbed in the front beside him, according to ex-British ambassador Sherard Cowper-Coles, who told the Sunday Times the move was incongruent with his country’s customs at the time.

Mr Cowper-Coles said: “As instructed, the crown prince climbed into the front seat of the front Land Rover, with his interpreter in the seat behind.

“To his surprise, the Queen climbed into the driving seat, turned the ignition and drove off.

“Women are not – yet – allowed to drive in Saudi Arabia, and Abdullah was not used to being driven by a woman, let alone a queen.”

This changed just a few years ago, as in September 2017, King Salman issued an order to allow women to drive in Saudi Arabia.