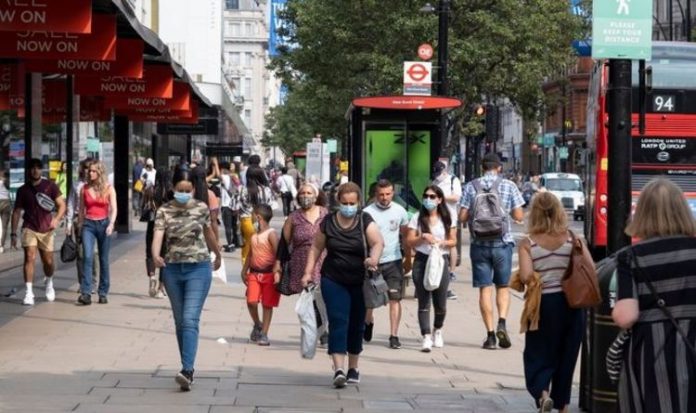 London Mayor Sadiq Khan insists the capital should fight the virus “as one city” despite some boroughs reporting much lower infection levels than others. But some city MPs have questioned whether all eight million Londoners should be subject to the same rules if health chiefs decide social lockdown restrictions nee to be imposed to prevent a second wave engulfing the capital.

They fear the introduction of city-wide restrictions would see millions of Londoners subjected to more curbs than necessary and warned such a strategy could prolong the duration of lockdown for everyone.

Latest COVID-19 figures for the capital show boroughs to the east of the city suffering the highest caseloads with Redbridge and Barking & Dagenham having more than 50 new cases in a week per 100,000 population – a level seen by health leaders as a trigger for further interventions to control the virus.

In some London boroughs, the levels are less than half as high with Bromley reporting just under 20 cases per 100,000 people, the same as Kensington & Chelsea.

“If you lock down the entire capital then it could stay locked down for longer than necessary.

“It does not make sense to treat a city of eight million people as being all the same, or to restrict the movements of all of those people.

“It should be done on a borough by borough basis, otherwise people are naturally going to say ‘hang on, this does not make sense’.”

Orpington MP Gareth Bacon, said: “London is not all the same.

My constituency is more akin to Kent, than it is to central London.

“Cases are going up in our borough, Bromley, but not enough to justify restrictions at the moment.

“I do not think it would be received favourably here if we were put into restrictions because of rises in the centre of the city.”

He said: “I’m very sceptical that local lockdowns borough by borough can work, given how London works.

“And, sadly, even boroughs with lower rates are seeing upward trends, including across south west London.

“If the virus gets out of control again, we could be in serious trouble.”