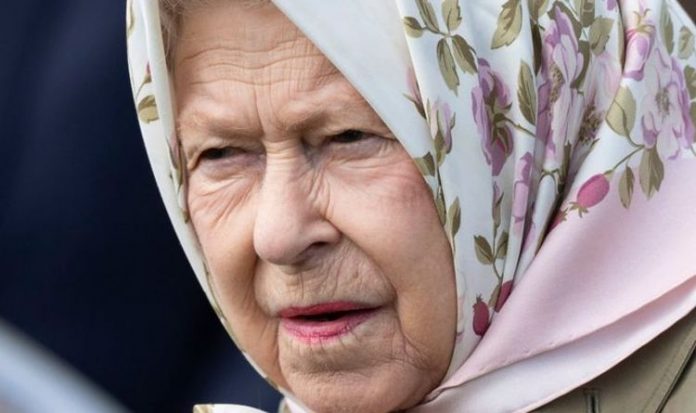 It was November 1992 when news broke of an enormous fire tearing through Windsor Castle – Her Majesty’s base during the Second World War and the coronavirus pandemic. Fire tore through the northeast corner of the upper ward, destroying or damaging more than 100 rooms, including St George’s Hall.

The ferocious blaze was caused by a faulty spotlight in Queen Victoria’s Private Chapel which set alight a curtain.

Speaking on ITV’s Inside the Crown: Secrets of the Royals, he said: “You don’t often see that depressed look on her features.”

According to The Mirror, Wesley Kerr, a former royal correspondent, added: “What a terrible blow that must have been for the Queen.

“She must have thought I am a custodian of this place and I failed in my duties.

“In the evening, I drove along the M4 on my way back to London and the flames seemed to be about 200 feet high.

“You could see it from a couple hundred miles away.”

Its restoration programme, led by Prince Philip, was completed in 1997 at a cost of £37 million.

The castle regularly hosts the Queen’s Easter Sunday celebrations. Its eventful history starts with William the Conqueror who ordered it to be built in the 1070 after the Norman Conquest.

Queen Elizabeth II remained at Buckingham Palace during heavy London bombardments in the Second World War, but spent evenings and weekends at Windsor.

She and Prince Philip broke royal tradition for the first time since 1987 over the Christmas period – by opting to stay at Windsor instead of traveling to their Sandringham estate in Norfolk.

This was due to the ongoing coronavirus pandemic.