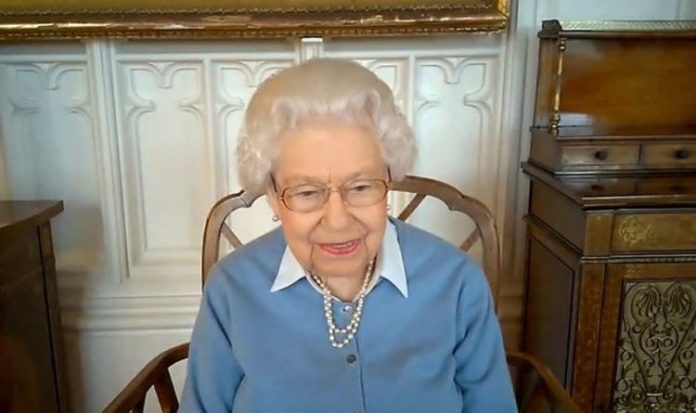 Her Majesty was speaking to workers from KPMG accountancy firm when her screen went blank. The line was lost for a few minutes before the Queen was reconnected and she told them with a smile: “You just disappeared, all of you.”

The call was to mark the company’s 150th anniversary.

The Queen had been speaking to John McCalla-Leacy, a partner at the firm, when the line went down.

He asked the Queen to pass on his thanks to her son Charles, whose charity The Prince’s Trust helped him hugely when he was a youngster.

He said it “changed my life”.

The Queen replied: “I’ll indeed pass it on to my son, who is very proud of the idea of the Prince’s Trust which I think has helped a lot of people.”

She also spoke to David McIntosh, who said his father had helped guard Buckingham Palace in the 1980s.

At the end of the call, KPMG’s choir sang We Wish You A Merry Christmas.

The Queen told them: “It is difficult when people are used to being so close to each other…Well, thank goodness for technology, so one can still do this.”

She isn’t the only royal to have had a technical hitch.

In October an aide told Camilla, who was chatting on a video call, “Ma’am, you’re on mute.”