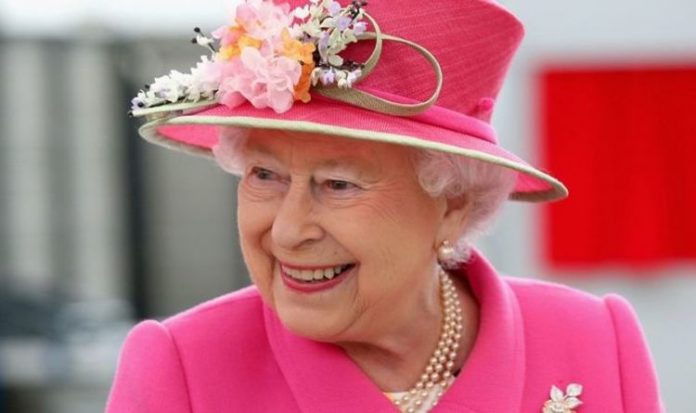 The Queen and Prince Philip’s traditional Christmas at Sandringham will not take place this year, Buckingham Palace has announced. As the UK continues to battle the coronavirus pandemic, the Queen’s office has announced: “Having considered all the appropriate advice, the Queen and the Duke of Edinburgh have decided that this year they will spend Christmas quietly in Windsor.”

However, royal commentators have reported royal relatives may hold brief socially-distanced visits to the Queen and Prince Philip over the Christmas period, when lockdown measures will be eased.

Prince Charles and Camilla, Duchess of Cornwall, are tipped to be among the family members to head to Windsor Castle in late December.

The Daily Express royal correspondent, Richard Palmer, wrote on Twitter: “Prince Charles and the Duchess of Cornwall will be at Highgrove for Christmas Day but expect to see the Queen and Philip at Windsor at some point.

“Camilla will also see her family over the festive period.

The Queen could have guests over the festive period (Image: GETTY)

“Meetings may be socially distanced or outside to adhere to Government rules.”

While the heir to the throne and the Duchess of Cornwall will have to travel from Gloucestershire to visit the monarch and the Duke of Edinburgh, there are other royal relatives who live much closer to the Berkshire Castle and could pay a visit to the Queen.

Prince Andrew, the monarch’s second son, and his former wife Sarah Ferguson live at the Royal Lodge, just a 15-minute drive away from the Castle.

READ MORE: Will Prince George, Charlotte & Louis get to see Queen and Philip?

Following the toe-sucking scandal in the early 1990s, the Duchess of York did not join the rest of Royal Family at Sandringham or Balmoral during the holidays for several years.

However, in recent years, Sarah has returned to Balmoral and has attended Royal Ascot, one of the Queen’s most loved events of the year, signalling her relationship with the royals may have rekindled.

Andrew and Sarah’s youngest daughter, Princess Eugenie, may also decide to visit the Queen and Philip given how close she now lives to Windsor Castle.

In late November, it was revealed Eugenie had recently moved into Frogmore Cottage with her husband of two years Jack Brooksbank.

The cottage, which remains the official residence in the UK of Prince Harry, Meghan Markle and their son Archie, is just a 10-minute drive away from the Queen’s castle.

Jack and Eugenie, who announced she was pregnant in September, often visit the Queen during the holidays.

The couple were spotted arriving at Balmoral Castle this summer, where they held a social-distance visit with the royals.

Jack and Eugenie were also at Sandringham last Christmas, and on December 25 attended the 11am service alongside the Queen and other relatives.

Among the other members of the Royal Family who have visited the Queen and Prince Philip since the beginning of the pandemic there have been the Duke and Duchess of Cambridge with their children – Prince George, Princess Charlotte and Prince Louis.

The family of five travelled to Balmoral in the late summer to see the two elderly royals for the first time since lockdown measures were issued.

The Queen on her 60th birthday with Prince Philip, Prince Andrew and Sarah Ferguson (Image: GETTY)

Similarly, Prince Edward, Sophie, Countess of Wessex, and their two children Louise and James were photographed on a socially-distanced walk in Scotland with the Queen.

The monarch is also believed to have met Princess Anne in August, days before travelling to Scotland with Philip and the Princess Royal’s 70th birthday.

The Queen and Prince Philip last spent Christmas with the rest of their family at Sandringham in 1987.

Usually, the monarch remains in Norfolk until February 6 to mark the death of her beloved father, King George VI.