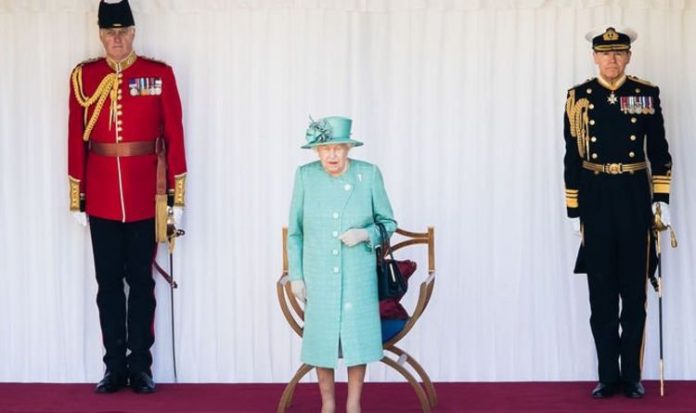 Her official glove maker, Cornelia James, has joined forces with a Swiss tech firm to create a pair which break down viruses on contact. The Telegraph has revealed the invention by Cornelia James, which has supplied the Queen, the Queen Mother, the Princess Royal and Princess Diana.

A Cornelia James spokesman told the paper’s associate editor Camilla Tominey: “There is absolutely no effect on the appearance or feel of the gloves but the Viroblock neutralises viruses and microbes, virtually on contact. You won’t pick up viruses and nor will you pass them on.”

The cotton and merino wool gloves are said to be enhanced with a substance called HeiQ Viroblock NPJ03.

The monarch, 94, almost always wears gloves in public to avoid exposure to germs as she shakes a lot of hands.

The Queen has used the Cornelia James since her honeymoon in 1947.

Genevieve James, the creative director and daughter of the late Cornelia James, told Good Housekeeping about the Queen’s beloved gloves.

She said that while they serve a practical purpose, they’ve also become an inextricable part of her identity as well.

Cornelia James received a Royal Warrant as the official glove manufacturer to the Queen in 1979.

READ MORE: Queen felt ‘a bit down’ during coronavirus lockdown

The Queen will celebrate her birthday on April 21 – with the special occasion traditionally marked with a Trooping of the Colour service in June.

Britain’s monarch has also expressed interest in another form of ultramodern technology – blockchain.

It is used to power cryptocurrencies such as bitcoin.

Her Majesty wrote to the Journal of the British Blockchain Association after receiving research papers about the topic.

Her Majesty’s letter, addressed to Doctor Naqvi who wrote the journal, said: “Dear Doctor Naqvi, I have been asked to thank you for sending a copy of the sixth edition of the Journal of the British Blockchain Association.

“Her Majesty was interested to learn that the publication is the first open-access blockchain research journal available both in print and online.

“The Queen much appreciated your thoughtful gesture.

“In return, she has asked me to send her warm wishes to all concerned.”