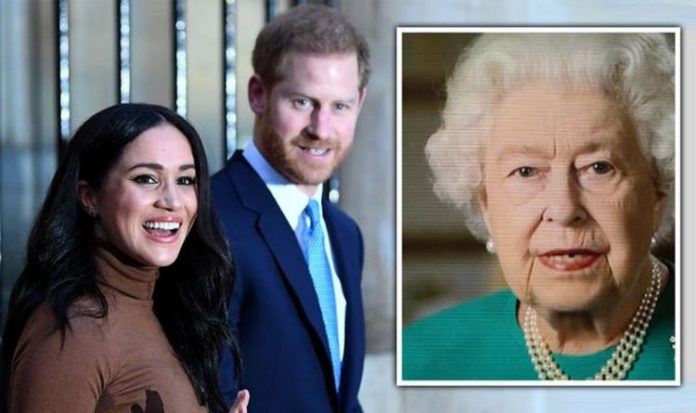 The Queen will deliver a special message to mark Commonwealth Day in lieu of the annual service at Westminster Abbey, which had to be cancelled due to the ongoing coronavirus pandemic. The monarch’s speech will be broadcasted on March 7 – the same day Meghan and Prince Harry are to appear on US broadcaster CBS for a 90-minute-long interview with Oprah.

The Queen’s speech is to be included in a broader celebration of the Commonwealth featured in a BBC One programme called A Celebration for Commonwealth Day.

A spokesperson for Westminster Abbey announced the news on Twitter, writing: “We’re really pleased to tell you that BBC One will broadcast A Celebration for Commonwealth Day on 7 March.

“The special programme replaces this year’s Commonwealth Day service which is unable to go ahead due to the pandemic, and will include a special message from HM The Queen.”

The BBC programme will see several senior royals virtually coming together to speak about Commonwealth Day and its significance.

Prince Charles, Camilla, Duchess of Cornwall are to take part in the programmes.

Kate, Duchess of Cambridge, Prince William and Sophie, Countess of Wessex, will also be featured.