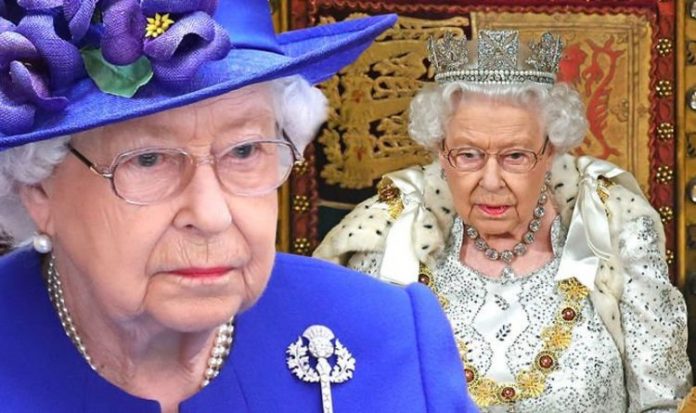 The Queen was not informed of abdication plans that would completely revolutionise the Royal Family, according to Italian documentary series Ulisse. Her Majesty had to wait for a courtier’s indiscretion to become aware of her uncle’s plans to abdicate and force her father Albert to take over the throne, making her his heir. Ulisse host Alberto Angela said: “Consider that she was not born to reign.

UPDATE: Meghan and Harry’s actions at ‘whatever the cost’ hurting Queen -expert

“She was just one of the daughters of the King’s second son. And perhaps she would have remained an unknown princess all her life if one day her uncle, who had ascended the throne under the name of Edward VIII, had not decided to give up everything to marry an American divorcée.

“Elizabeth was just 10-years- and old led the life of girls of her age, and was absolutely unaware of the cataclysm that had befallen her family.”

According to Mr Angela it would take a member of staff of the then-princess’ house at 145 Piccadilly to announce news of the abdication for Elizabeth and younger sister Margaret to realise their lives would completely change.

Before the intervention of the courtier, the royal’s parents, Albert and Elizabeth, had tried to shield their daughters about the details of the constitutional crisis Edward VIII’s abdication plans had caused.

And confirmation about their change of status prompted Princess Margaret to offer her commiserations to her older sister because of her new destiny.

Mr Angela continued: “In the house, however, she noticed a strange agitation and it was a servant who gave her the news that it would change her life forever – her uncle had abdicated the throne and her father had become king.

“At that point, the little sister exclaimed, ‘but it means you are to be the next queen? ‘ ‘Yes, one day,’ Elizabeth replied and Princess Margaret said, ‘poor you’.”

Princess Elizabeth became the heir apparent to her father, King George VI, immediately after his coronation in 1937.

READ MORE: Prince Harry praised as ‘humble and kind’ as he is spotted ‘quietly volunteering’ in LA

Because of her new role within the Royal Family, the then-princess was moved from the classes she shared with Margaret to receive additional tutoring in constitutional history.

During World War II, Elizabeth joined her family’s attempts to boost morale as she delivered her first broadcast message to young Britons forced to leave their homes and evacuate to the countryside because of the heavy bombing the UK was subjected to.

As soon as she turned 18, the royal joined the Auxiliary Territorial Services as a mechanic and later joined her parents at the celebrations for the end of the war proudly wearing her military uniform.

She would later commit to her future role as Queen during a message broadcast to mark her 21st birthday in 1947.

In the speech, the Queen signalled she would not ever consider plans for abdication as she insisted she would continue to serve the British and Commonwealth public her whole life.

Her Majesty said: “I can make my solemn act of dedication with a whole Empire listening. I should like to make that dedication now. It is very simple.

“I declare before you all that my whole life whether it be long or short shall be devoted to your service and the service of our great imperial family to which we all belong.

“But I shall not have strength to carry out this resolution alone unless you join in it with me, as I now invite you to do: I know that your support will be unfailingly given. God help me to make good my vow, and God bless all of you who are willing to share in it.”