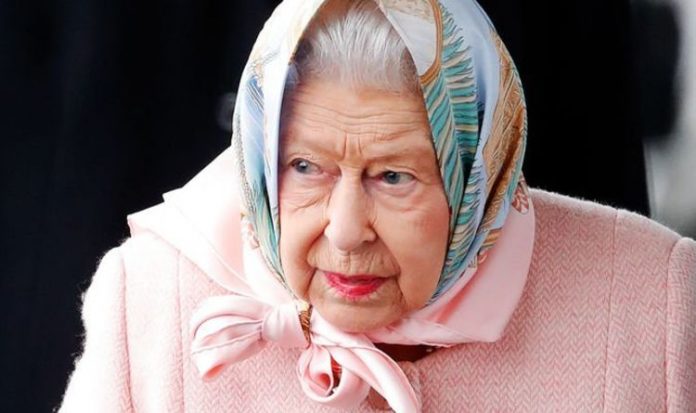 Queen Elizabeth II, 94, is the Head of State and as such is not meant to meddle in politics. But National Archives documents from the 1970s have led some to report the Queen’s private lawyer Matthew Farrer lobbied the Government at the time to amend a draft law which would have led to the royal’s private shareholdings being made public.

Reporting on the historic papers, the left-wing Guardian newspaper claimed the Queen used a Parliamentary process called the Queen’s Consent to prevent the publication of her true wealth after ministers included a clause in the Companies Bill to stop details of her private shareholdings from entering the public realm.

One royal commentator has hit back at the Guardian’s report and claimed the contents of the National Archives documents are “far less dramatic” than they have been made to appear.

Richard Fitzwilliams told Express.co.uk: “The report in The Guardian that the Queen successfully lobbied the Government to alter a law to conceal her ’embarrassing’ personal wealth, reflects a handling of royal finances behind the scenes which is far less dramatic than it initially appears.”

According to Mr Fitzwilliams, the private wealth of Britain’s monarchs has historically been a controversial matter and dates back as far as King George III.

The expert said: “Since the heavily indebted George III exchanged the income from the Crown Lands for the Civil List in 1760, the monarchy’s wealth has been the subject of controversy.

“The Guardian report claims that an arcane parliamentary procedure known as ‘Queen’s Consent’, whereby the monarch is invited to approve of intended legislation which affects the Crown, led to the Queen’s private lawyer being involved in discussions in the 1970s about proposed legislation, which it claims she influenced, as a draft law would have revealed the identities of shareholders in certain companies.”

While Mr Fitzwilliams does not dispute widespread interest in the Queen’s fortune he argues making such details public could more harm than good.

The expert, however, did note that the National Archive documents throw up some important questions.

Mr Fitzwilliams added: “However it is a curious affair as the royal investments were kept secret and the Queen’s private lawyer was involved.”

He also claimed the Palace’s response to the Guardian’s reports highlights the Queen’s private wealth as a “sensitive issue.”

READ  Vaccination centres near me: Where can I get a Covid vaccine? | UK | News (Reports)

Mr Fitzwilliams concluded: “The fact that Buckingham Palace has issued a statement denying that the Queen has ever tried to block legislation, reflects the enormous sensitivity which surrounds issues of royal wealth.”

A Buckingham Palace spokesman gave the following statement in response to claims the Queen lobbied the Government: “Queen’s consent is a parliamentary process, with the role of sovereign purely formal.