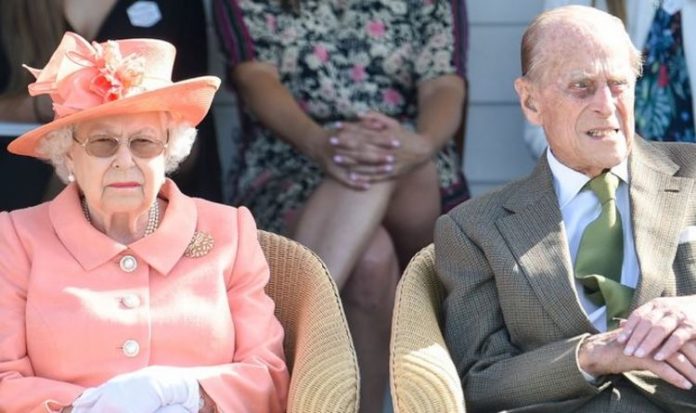 The Queen and Prince Philip were one of the most famous double acts for decades, as the royal couple worked seamlessly together to make guests and fans welcome and cherished during public occasions. But when the Duke of Edinburgh retired in 2017, Her Majesty had to become used to work without her most loyal supporter standing by her side. Royal author Sally Bedell Smith claimed Philip played a pivotal role in ensuring the Queen’s meetings with the public ran smoothly by “jollying” people up.

Speaking to podcast Royally Obsessed, Ms Bedell Smith said: “I have seen them in action, seen how they interact with people and, in the case of Philip and the Queen, it was like watching Fred Astaire and Ginger Rogers.

“They had this incredible routine when they go to a reception where they would go in, do their thing, meet all those people and make the exact perfect point before they had to leave. It was perfectly choreographed.”

She continued: “I watched him jollying people up because people who are about to meet the Queen get incredibly nervous.

“Men would curtsy instead of bowing, and so he sort of relaxed them. He got people relaxed, he would pick children up who had been left behind and would bring them up front. It was really fun to watch.”

Prince Philip could often be seen standing by the Queen’s side ready to welcome their guests and entertaining the public during royals walkabouts.

But after over 20,000 engagements both abroad and in the UK, the Duke of Edinburgh ultimately retired aged 97.

He made his last official outing in 2017 to attend a parade marking the end of the 1664 Global Challenge outside Buckingham Palace.

Philip has since rarely appeared in public save for major family events such as the weddings of Lady Gabriella Windsor, Prince Harry and Princess Louise in 2018.

In November, the Queen and Prince Philip celebrated their 73rd wedding anniversary in their Berkshire residence for the first time in years.

Buckingham Palace released a heartwarming picture of the pair sitting together as they inspect a handmade card courtesy of three of their great-grandchildren, Prince George, Princess Charlotte and Prince Louis.

The couple also spent Christmas without their family due to the current coronavirus restrictions in place across most of southeast England.