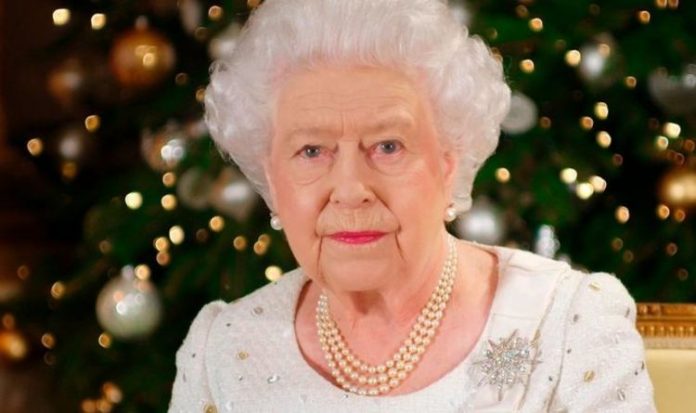 The upcoming Queen’s Christmas broadcast will be “very, very important”, according to royal commentator Phil Dampier. The Queen’s speech is being tipped to boost morale during a difficult Christmas with an address similar to the one she delivered in April.

Mr Dampier said: “It will be a very, very important Christmas speech this year, very much along the lines of her earlier broadcast, the ‘we’ll meet again one’.

“Trying to raise morale and encourage people to get through it and evoke a bit of war-time spirit.

“So I’m sure the Christmas address will be along similar lines.”

In the midst of the first national lockdown, the monarch paid tribute to key workers for helping the country at such a difficult time.

She also thanked people for abiding by the stay at home order issued by the Government.

And, speaking about the coronavirus pandemic as an enemy, she urged Britons to be hopeful in knowing the whole world was fighting against it.

The Queen usually writes her Christmas address, which gives her the opportunity to directly address the country in her own words, in early December.

However, one source has claimed this year the Queen has delayed finalising her speech.

They told : “Normally she films it in early December, certainly by the middle of the month, but this time it’s later than usual.”

The newspaper wrote the monarch may have chosen to wait to film her address to see how the ongoing Brexit talks were developing and to be able to tweak her speech accordingly.

Speaking about a potential delay in the filming of her address, Mr Dampier told : “She may have already done it, that is possible, but she might not have done it.

“She might have left it quite late as the situation keeps changing.”

Previously contacted by Express.co.uk, Buckingham Palace said it would not comment on speculation regarding the Queen’s Christmas address.

Another royal expert believes the Queen’s Christmas speech this year will heavily focus on the ongoing pandemic rather than on her family.

Royal commentator Richard Fitzwilliams told Express.co.uk: “Given the seriousness of the pandemic which has gripped the whole country since March, I think that this year the Queen is likely to deal with some of its effects and particularly, since optimism is so important during what will be a difficult festive season for many, the future that beckons since we now have vaccines.

“Her messages to the nation about the pandemic and on the 75th anniversary of VE Day, which she may well refer to, were morale boosters in a truly grim year.”

However, Mr Fitzwilliams added, the Queen may also briefly refer to a few royal milestones in her speech, such as the royal tour via train of Kate, Duchess of Cambridge, and Prince William.

This year, the Queen will celebrate Christmas “quietly” with Prince Philip at Windsor Castle rather than travel to Sandringham.