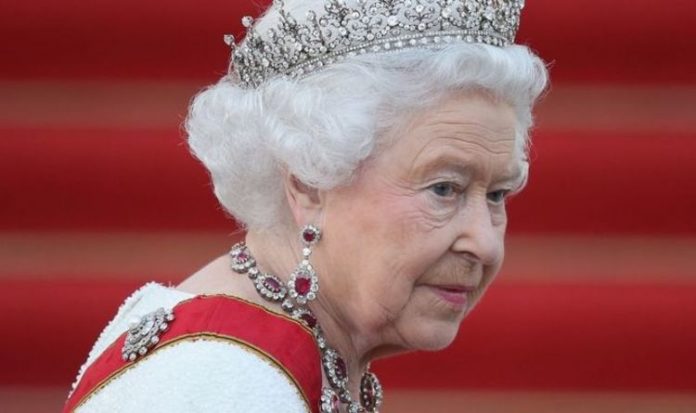 David Bowes-Lyon has spoken up after the fourth season of Netflix’s The Crown portrayed a dramatised version of the lives of Nerissa and Katherine Bowes-Lyon – the Queen and Princess Margaret’s cousins. Mr Bowes-Lyon, whose father was a first cousin once removed of the Queen Mother, dismissed the storyline included in the latest season of the popular show saying it is “fiction pretending to be fact”.

He said: “I’m probably the only member of the family who could publicly say anything about this.

“It’s more difficult for members of the Royal Family, and the younger generation was not around.

“I wouldn’t say there is upset in the family, but I think people are frustrated and would like the record put straight.

“The royals are pretty immune to criticism but in terms of historical record, people should know.”

The Queen’s cousin set the record straight on one of the storylines in The Crown (Image: GETTY)

The Queen Mother, Princess Margaret and the Queen (Image: GETTY)

In the show, Helena Bonham Carter’s Princess Margaret discovers by chance she has two cousins who spent decades locked away in an institution after being found with severe learning disabilities.

The fictional Princess Margaret is then set on a personal quest to find them and, when she discovers her cousins are alive, she confronts her mother.

However, Mr Bowes-Lyon said Princess Margaret was well aware of the existence of Nerissa and Katherine and had spoken about them with him.

The sisters were also well taken care of and far from being “abandoned” and kept a secret, as they were visited “frequently”, he added.

He told the Daily Telegraph: “She knew who they were in every respect, as you would any cousin.

“We spoke about them when discussing relatives in general, talking over dinner and lunches.

“She knew exactly who they were and what had happened.

“It is completely wrong to say they were forgotten and certified as lunatics.”

Lady Elizabeth Shakerley, the Queen’s cousin and royal party planner who died a few weeks ago, also told him recently the cousins “were by no means abandoned and forgotten”, Mr Bowes-Lyon recalled.

Nerissa, who died in 1986, and Katherine, who passed away in 2014, were admitted at the Royal Earlswood Hospital in Redhill, Surrey, in 1941.

The first season of The Crown started with the wedding of the Queen and Prince Philip (Image: GETTY)

The fourth season of The Crown focuses on events happened between 1979 and 1990 (Image: NETFLIX)

They were two of the daughters of the Queen Mother’s brother John Herbert Bowes-Lyon and his wife Fenella.

Both women were born with developmental disabilities and never learned to talk.

In 1963, as recounted in The Crown, the sisters were both recorded dead in a family’s entry in Burke’s Peerage – a guide to the genealogy and heraldry of historical families in the UK, Ireland and the Commonwealth.

Mr Bowes-Lyon thinks this incorrect entry was simply a mistake.

The fourth season of The Crown has come under fire for portraying heavily dramatised events of people who are still alive.

Several royal commentators have spoken with alarm about the dangers of distorting and adapting the truth in a fiction for the sake of narration.

Hugo Vickers, author of The Crown Dissected, a book fact-checking events portrayed in the Netflix show, called last week for the streaming platform to add a disclaimer before the beginning of each episode stating it is a work of fiction and not a documentary.

He added: “Peter Morgan says he conflates incidents, which is understandable, but he also twists the facts and thus turns the truth into something so distorted that it becomes an out and out lie.”

Journalist and historian Andrew Marr recently told this show is doing a dangerous disservice to the Royal Family.

He said: “If they announced, ‘This is drama, it’s fiction, it’s entertainment’, you would say it’s brilliant.

“It’s so convincingly acted people may think it’s the truth, and it isn’t.

The Royal Family united for the Trooping the Colour parade (Image: GETTY)

Princess Diana’s brother Charles Spencer also backed calls for a “health warning” at the beginning of each episode of the show to remind viewers they are not watching a documentary but fictionalised versions of the events.

Over the weekend, the UK culture secretary also demanded Netflix to issue a warning before evert episode of The Crown.

He told the Mail on Sunday: “It’s a beautifully produced work of fiction, so as with other TV productions, Netflix should be very clear at the beginning it is just that…