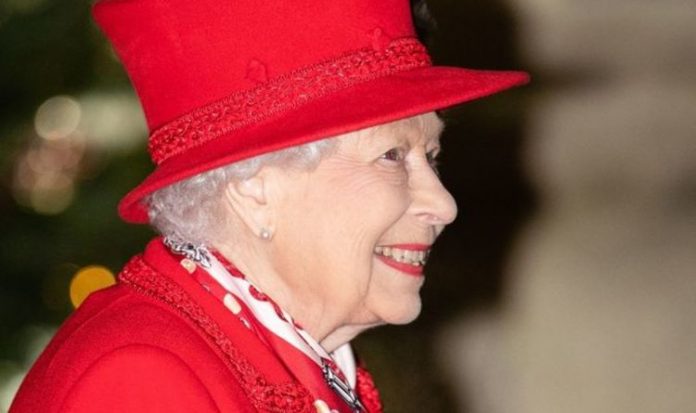 The Queen’s social media account @RoyalFamily shared a message from the Duke and Duchess of Gloucester. In their letter, dedicated to the Metropolitan Police, the royals thanked the London emergency services for helping local communities during an “extremely challenging year”.

Their joint message, addressed to Met Police Commissioner Dame Cressida Dick, read: “We much regret being unable to meet this evening as planned with members of the Metropolitan Police as, due to COVID-19, your Christmas Carols will be a virtual service.

“2020 has been extremely challenging for many, and a year which has asked so much of all Police officers and staff.

“While the public were all encouraged to stay at home, officers stayed out on our streets, and in supporting functions, to maintain a reassuring and calm presence for all.

“Some of you will be working this Christmas, and our thanks go out to you.

“Others, however, will be having some well-deserved time off with families.

“We hope you can all rest in the knowledge that your work this year is very much valued and appreciated.

“Thank you from us both for your public service and dedication to duty, we all owe you a great debt of gratitude.

“With warmest wishes to all Metropolitan Police Officers and Staff who meet virtually at the service this evening.

“We wish everyone a very Happy Christmas.”

Upon sharing this message on Twitter, the Royal Family account wrote: “The Duke and Duchess of Gloucester have written a letter of thanks to @metpoliceuk officers and staff ahead of Christmas.”

The Gloucesters were praised for their royal work, largely carried out behind the scenes, by a royal historian.

Expert Marlene Koenig wrote on Twitter following the publication of their letter to the Met Police: “Duke and Duchess are the backbone of the British Royal Family.”

The Royal Family Twitter account represents the Queen and all the royals who don’t have a personal social media handle – including Sophie, Countess of Wessex, Prince Edward and Princess Anne.

The Duke of Gloucester is a paternal cousin of the Queen and married Danish-born Brigitte van Deurs in July 1972.

He is the second son of Prince Henry and Princess Alice as well as the youngest grandchild of former King George V.

He practised as an architect until the death of his elder brother Prince William in 1972 placed him in direct line to inherit the dukedom of Gloucester.

He assumed it in 1974, following the death of his father.

The letter was shared the day after London was placed under Tier 3 restrictions following a sharp rise in coronavirus infection.

On Saturday, more areas are to enter this tier, including Berkshire, where the Queen and Prince Philip are self-isolating.

The monarch will remain at Windsor Castle throughout the festive period, as announced by Buckingham Palace earlier this month.