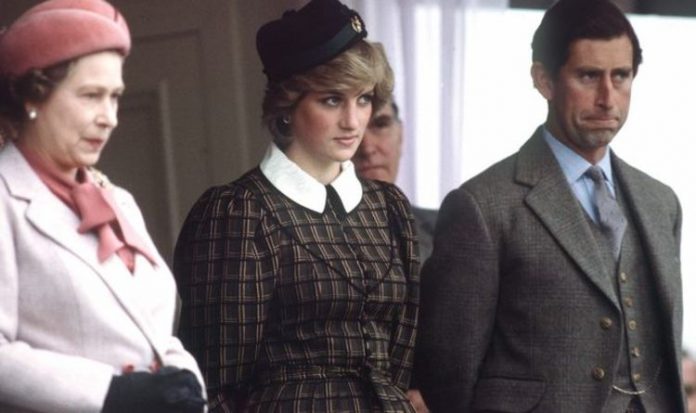 Princess Diana’s infamous 1995 BBC interview about her marriage to Prince Charles led to her “severance from the Royal Family” by the Queen’s order for a divorce, according to commentators. A friend of the late royal, Rosa Monckton, spoke to ITV Good Morning Britain host Piers Morgan about the “chain of events” that resulted in the Princess’s eventual death in 1997. Both blamed the Panorama special with Martin Bashir, which has now come under fire over accusations of false documents being used to persuade Diana.

Mr Morgan said: “I think the chain of events is that she didn’t have the royal protection officers with her.

“That was all part of the severance from the Royal Family.

“And that was precipitated by the Bashir interview.

“So there is a chain there, isn’t there?”

READ MORE: Queen sends royal fans into meltdown as they praise her appearance

Ms Monckton agreed: “I really do believe there is.

“I think because of the interview everything moved very quickly.

“The Queen said, ‘you’ve got to get a divorce’, things weren’t considered properly.

“I think, with hindsight, her lawyers should have fought for her to retain her royal title.”

Diana’s brother, Earl Spencer, has now alleged that the Princess was tricked into taking part in the interview with the help of faked bank statements.

The BBC held an internal inquiry in 1996 on whether the Princess of Wales had been misled, in which Mr Bashir was cleared of wrongdoing.

However the national broadcaster have confirmed they will now carry out an independent investigation, though they claim the documents did not influence the Princess’s decision to speak on camera.

BBC Director-General Tim Davie said: “The BBC is taking this very seriously and we want to get to the truth. We are in the process of commissioning a robust and independent investigation.”

The BBC says it cannot talk to Mr Bashir at the moment as he is “seriously unwell” after suffering complications from contracting coronavirus.