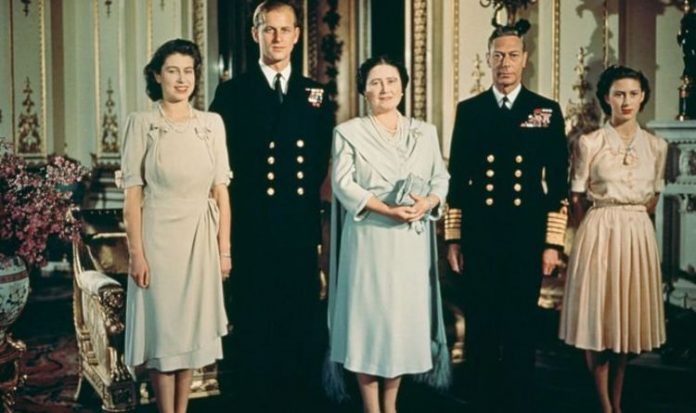 The Royal Family has long since been criticised for a perceived lack of progressive movement in line with the rest of the world. It is one of the reasons why Prince Harry and Meghan Markle last year left the Firm for North America. In their parting message on social media the pair wrote of how they wanted to “carve out a progressive new role within this institution”.

They were met with fierce criticism and opposition for what many labelled as a snub of the Queen.

And while their predicament was very much a sign of the times, looking to the past, other members who were on the cusp of entering the family have also been opposed for their “progressive” ways.

When Prince Philip courted Elizabeth II in the Forties, the Royal Family were not so keen on their future son-in-law.

The Queen Mother didn’t approve of Philip as a match for then Princess Elizabeth.

This was because she saw him as a “dangerously progressive” man, the Smithsonian Channel’s ‘The Private Lives of the Windsors’ documentary claimed last year.

The Queen Mother wasn’t alone in her doubts.

Elizabeth’s father, George VI, was also said to have held a certain disdain for Philip and his personality.

His was more a worry over how the British public would perceive Philip who was Greek.

READ  Schools should not be forced to set up mass testing of students, unions said | UK | News (Reports)

‘The Private Lives of the Windsors’ claimed that the Queen Mother perceived Philip as “the enemy” once he joined the Firm because she disliked vying with him for her daughter’s attention.

It claims that she was used to getting her own way and was resentful of being forced to let an outsider into her close circle.

This was because he “challenged her authority as family matriarch”.

Despite the family’s misgivings, Philip and Elizabeth married on 20 November, 1947.

Having been married for 70 years, their professional lives have often meant that the pair spend long periods apart.

However, during the coronavirus pandemic, forced to isolate in their bubble, the two have spent more time than usual together.

On the couple’s 60th wedding anniversary in November, Richard Fitzwilliams told Express.co.uk: “The relationship between the Queen and Prince Philip is one of the great royal romances.

“They can look back on a year of turmoil as the world has been hit by the Covid-19 pandemic but also one in which they have been able to spend a good deal of time together which has been a great bonus.