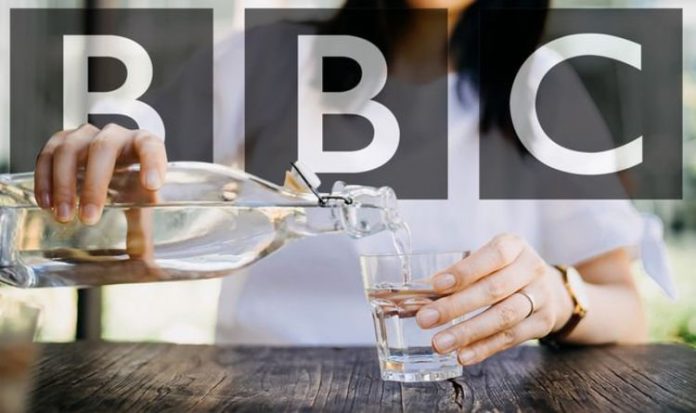 Disgruntled viewers warned others “this is where your TV licensing goes folks!” after details of the wellness session were leaked. Staff are being offered a 60-minute online tutorial on how to stay hydrated while working from home.

Exasperated social media users questioned why employees needed a full hour to be told how to perform such a basic task.

One said: “Get a glass, fill with water and drink it. At least 59 minutes saved.

And a Royal Navy veteran named Chris pointed out that he survived working in ver intense environments without any workshop.

He tweeted: “How did I manage to survive working in hot machinery spaces on steam-driven warships and no air conditioning down the mess, when out in the hotter parts of the world, without a one-hour course?

“Our ‘daily orders’ just told us to drink lots of water and take salt tablets.”

Another said: “This is where your TV Licensing goes folks!”

The water drinking workshop, simply called Hydration, is among a wide range of webinars on offer to BBC staff.

Meanwhile campaigners at Defund the BBC are stepping up their calls to see the Beeb stripped of public funds.

British actor and political activist Laurence Fox has poured his support towards the group.

On Sunday he responded to a clip of a BBC lockdown home-schooling programme for children where young viewers were told there are “over 100 genders”.

He tweeted: “I’m so glad I stopped paying for this propagandist drivel. #DefundTheBBC

“The only way they’ll stop making it, is if you stop paying for it!

“Shield your children from the @bbc ‘Mandatory learning for young comrades’ department.”

The clip caused a flurry of criticism on Twitter.

One woman said: “This is BS, there are two genders – male and female – and if that is a question in a personal household it should be discussion with parents.”

The BBC and TV Licensing have been contacted for comment.