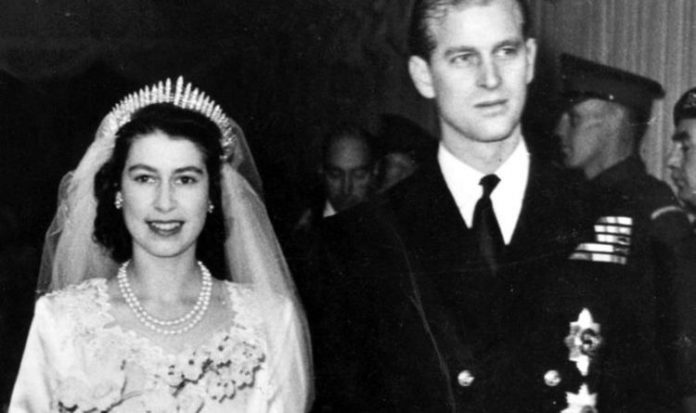 Prince Philip’s lack of family presence at his wedding to the Queen was a “bitter pill to swallow”, according to royal commentators. The Duke of Edinburgh officially married then-Princess Elizabeth in a “spectacular” ceremony on November 20, 1947. However, as royal commentators discussed on Channel 5’s ‘Before They Were Royal’, the future consort still experienced some “disappointment”.

“People got very very involved with it and very excited by it. The crowds were absolutely huge.

“Everything about the wedding is reinventing Philip.

Former BBC Royal Correspondent Jennie Bond added: “But for all the joy of the wedding day, there’s a bitter pill for Philip to swallow.

“His father, Prince Andrew, had died during the war after not seeing his son for many years.

“And his sisters are not invited.”

Philip came from a broken home after his family was forced to flee their native Greece a year after he was born.

The Duke’s mother, Princess Alice, was admitted to a sanatorium for mental health problems.

His father abandoned the family to live with his mistress in Monaco.

Philip was forced to rely on the charity of family friends to house him.

Eventually the royal found a home in Britain and a career in the Royal Navy.