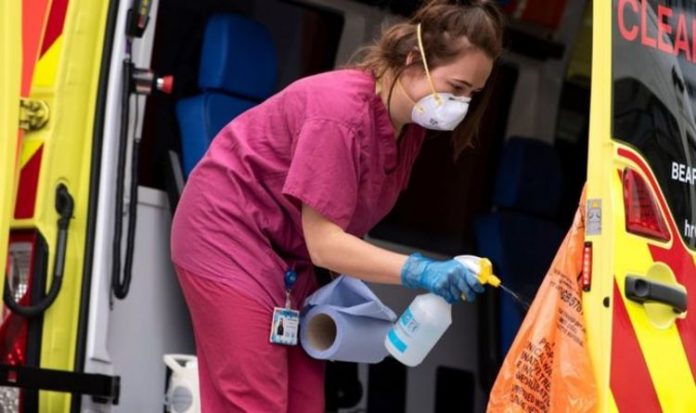 According to the ZOE COVID Symptom Study UK Infection Survey, the infection rate in several areas is rising fuelling fears of a third wave of the virus. Professor Tim Spector warned the survey results, based on roughly one million weekly reporters and data from 10,442 test swabs, painted a “bleak” picture for the UK. He added: “With just a week until Christmas Day it’s a bleak picture across the UK, particularly for Wales and London.

“Our data shows that cases and hospitalisations are rising again, which worryingly could mean the start of a third wave earlier than we expected.

“Sadly, Christmas 2020 won’t be normal. People should stay in small groups, avoid travelling to and from higher risk areas and socialise outdoors.

“People also need to know about the 20+ symptoms of early infection they can experience including fatigue and headache and not take risks if they start feeling unwell.

“There are no exceptions, everyone needs to take care, but we are urging people to consider postponing Christmas socialising until Easter.”

Despite instituting a two-week firebreak, Wales now has the highest infection rate across the UK with 1.2.

According to the study, Wales now has more cases than at the peak of the second wave of the virus.

The study has also reported 26,897 new infections of coronavirus over the UK in the two weeks leading to December 13.

Excluding care homes, this is an increase from 19,190 cases the week before.

The borough now has the fourth-highest infection rate across the country with Barking and Dagenham (597.9) and Enfield (521.3) also registering above 500.

Due to this, both London and parts of the South-east of England were moved into Tier 3 restrictions earlier this week.

Other areas such as Surrey, East-Sussex and Hampshire were also announced as moving into the highest tier from Saturday, Health Secretary, Matt Hancock announced.

This now means approximately 68 percent of the population is now within the highest level of restrictions.

Under Tier 3, hospitality venues must close unless they can operate a takeaway service.

Mr Hancock added: “As we enter the coldest months we must be vigilant and keep this virus under control.

“We must keep suppressing this virus.

“It’s so vital that everyone sticks at it and does the right thing, especially over this Christmas period.”