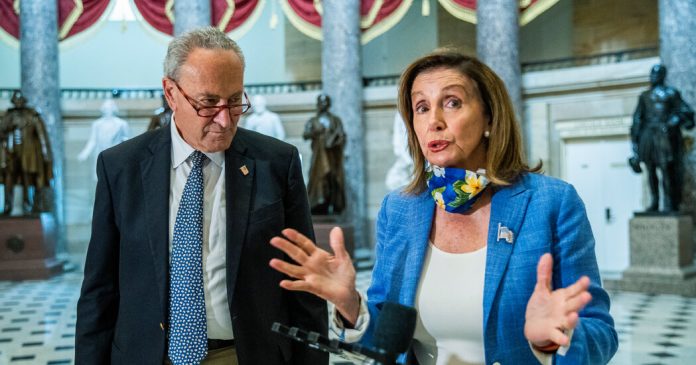 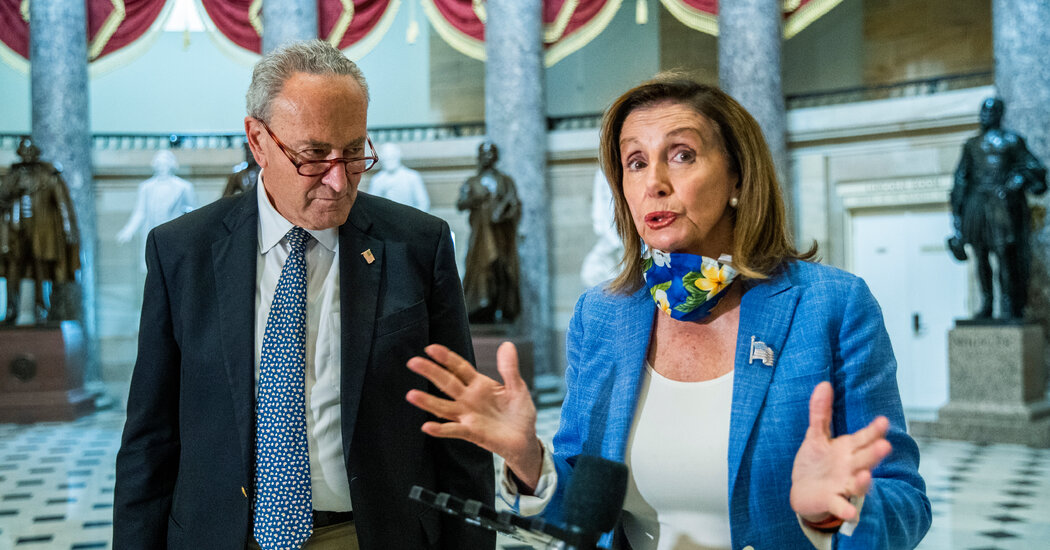 WASHINGTON — Top Trump administration officials and lawmakers cautioned on Sunday that a deal over a new relief package to help people and businesses weather the coronavirus crisis remained elusive even as the debate over the details of the aid was set to take center stage in the coming week.

A meeting on Saturday in the Capitol Hill suite of Speaker Nancy Pelosi had been the most productive discussion in recent days, officials said, but they remain divided on a number of issues, including how to revive lapsed unemployment benefits for tens of millions of Americans and how broad any deal should be.

“We still have a long ways to go,” Mark Meadows, the White House chief of staff, who is negotiating on behalf of the administration, said on CBS’s “Face the Nation.” “I’m not optimistic that there will be a solution in the very near term.”

He continued to push for Democrats to agree to a stand-alone measure that would restore the weekly federal jobless benefits, which expired on Friday, as a way to continue providing relief.

But Ms. Pelosi, who is expected to again meet with administration officials on Monday, reiterated that she would reject a so-called skinny bill in favor of a sweeping package that includes a national health strategy to counter the spread of the virus and extend the full $600-a-week unemployment benefit.

She charged that Mr. Meadows and Steven Mnuchin, the Treasury secretary, remained reluctant to commit to a strategic health plan or to address the needs of American families.

“We have to defeat the virus, and that’s one of the contentious issues that we have to deal with yet,” Ms. Pelosi said on ABC’s “This Week.”

Lawmakers have already approved spending nearly $3 trillion to address the public health crisis and economic collapse caused by the pandemic, but the two parties remain bitterly divided over the scope and cost of another relief package. Democrats, who remain publicly united behind the $3 trillion stimulus measure the House approved in May, contend that another significant infusion of cash is necessary.

But at least 20 Senate Republicans are unlikely to support any additional spending, party leaders have acknowledged, in part because of concerns over the level of spending and its effect on the national debt. Under a $1 trillion plan Republicans unveiled on Monday — a narrower proposal than the Democrats’ plan — a number of provisions, including the $600 weekly federal unemployment benefit, would be severely curtailed.

“We have to balance — there’s obviously a need to support workers, to support the economy, people who through no fault of their own are shut down because of this terrible disease,” Mr. Mnuchin said on ABC’s “This Week,” responding to criticism that Republicans took too long to introduce a proposal. “On the other hand, we have to be careful about not piling on enormous amounts of debt for future generations.”

“The president is determined to spend what we need to spend,” he added, though he criticized Democrats for pushing for close to $1 trillion in new aid to state and local governments. “We’re moving very quickly now.”

Ms. Pelosi reiterated on Sunday that her caucus would not accept such a measure, though she indicated Democrats would be open to an approach that tied the unemployment benefit to the unemployment rate, lowering the size of the benefit as the number of people returning to the work force begins to grow.

The Senate is scheduled to leave for a monthlong recess by the end of the week, but it is unclear whether lawmakers will be able to reach a deal by then.

“We’re going to work every day until we reach a reasonable agreement that’s good for the American public,” Mr. Mnuchin said.