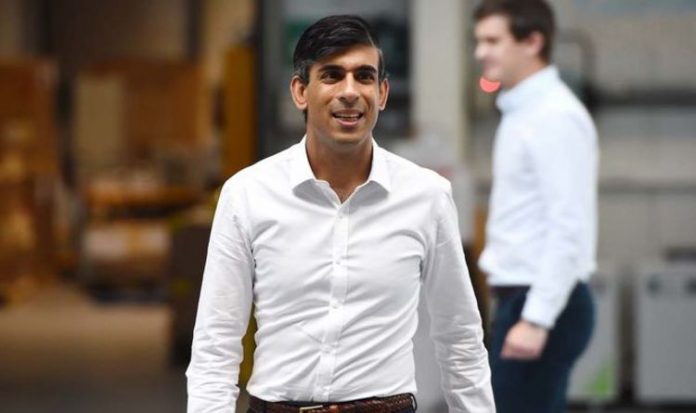 The Chancellor and Prime Minister Boris Johnson have reportedly agreed to cut personal taxes before the next election. Mr Sunak is expected to tell newly elected Conservative MPs and voters that the Government must raise money now to pay for the coronavirus bailouts. The furlough scheme, for example, is estimated to have cost Downing Street £25billion.

In its entirety, the pandemic is thought to have cost around £300billion.

The Chancellor is now embarking on a series of measures, such as tax hikes, in order to curb the economic fallout coronavirus has caused.

However, many economists have been quick to warn that methods like tax increases could adversely affect the economy in the long-term.

Mark Littlewood, director general of the Institute of Economic Affairs (IEA), told Express.co.uk about the “trump card” Mr Sunak should use if he is to balance the books and ignite economic growth as the lockdown eases, explaining that the Government should “maximise economic growth” to stimulate the economy.

He said: “The government support schemes are delaying measures.

“Sunak may not necessarily want the economic tsunami to hit at once, he might want it to hit in three or four tidal waves, but we’re in for a very rocky ride in the short-term.

“The question is, then, if we know things are going to be bad between now and the end of the year, what is the recipe to bounce back and recover the lost ground and move forward at a reasonable clip?

“The trump card the government should play is focusing on encouraging economic growth – also taking in other considerations – but economic growth is the absolute ace of trump; everything else follows.

JUST IN: Tax POLL: Should inheritance tax be increased to recoup COVID spending

All will be set out in his autumn budget.

Reports suggest that 2020’s autumn budget might be delayed until spring 2021 if the UK is hit by a considerable resurgence of coronavirus.

Despite this, the budget is still expected to take place this year, either in October or November as in previous years.

Tax hikes have been the main focus of budget claims after Mr Sunak urged swathes of the new 2019 Tory intake to put their trust in him over the “short-term challenges” the party and country faces.

He is understood to be looking at increasing corporation tax from 19 percent to 24 percent to raise £12billion next year and £17billion in 2023/24.

Second-home owners would also be hit under proposals to require people to pay capital gains tax at the same rate as they pay income tax.

Although many economists like Mr Littlewood disagree that tax rises are the way to go, others believe that the Chancellor has no other option but to raise charges of income.

Paul Johnson, the director of the Institute for Fiscal Studies, said income tax, national insurance or VAT would need to rise to have any real impact on the public finances.

He has remarked: “If you are looking to raise taxes, the likelihood is it’s going to have to be a fairly substantial increase.”