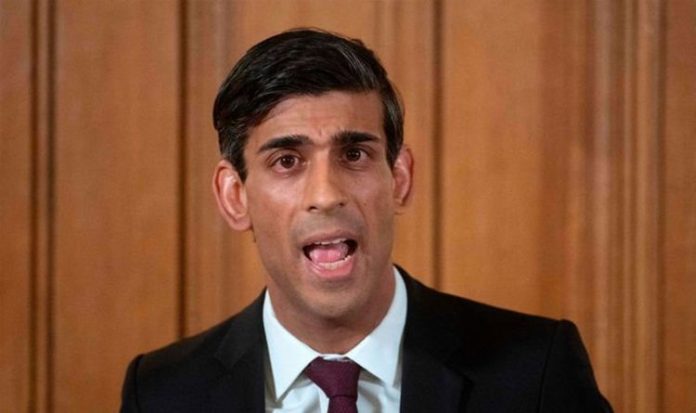 The Chancellor has faced backlash from within the Conservative Party over his plans for a £30billion tax grab in order to kick start a UK economic recovery. Senior Tories warned that the plan would hurt, not help, the UK’s efforts to bounce back from a crippling recession. The Chancellor is said to be considering a huge fiscal raid in this autumn’s Budget to plug the gaping hole in public finances after record spending on coronavirus. The policies are reportedly poised to target middle classes and wealthier people with increased taxes.

Fuel duty, capital gains tax, corporation tax, the pension triple lock and pension tax relief are all on the table as the Chancellor clashes with his party.

No decisions have yet been taken by ministers about how to deal with a deficit expected to top £300billion this year.

One Cabinet minister warned Mr Sunak could face a revolt if he presses on with the proposals.

The minister said: “Tax rises of this sort would be the worst possible economic policy to adopt right now.

“It would guarantee a much deeper recession. Large parts of the economy are still fragile – we need to nurture it, not throttle it.”

Adam Marshall, director-general of the British Chambers of Commerce, said the Chancellor should focus now on encouraging “the embers of the recovery” and worry about repairing the public finances later.

He told Times Radio: “We do not want to make a choice between a strong recovery, with lots of investment and risk-taking by business people, or a short term repair of the public finances.

“We’ve got to give the recovery space to build and grow.

“If the Treasury snaps back to orthodoxy immediately it will be a really damaging mistake.”

“I can assure people that nobody will be left without hope or opportunity.”

While some in the Conservative Party resist tax increases – a group of 83 of the world’s richest people have called on governments to permanently increase taxes on them and other members of the wealthy elite to help pay for the economic recovery.

The group said in July: “As COVID-19 strikes the world, millionaires like us have a critical role to play in healing our world.

“No, we are not the ones caring for the sick in intensive care wards. We are not driving the ambulances that will bring the ill to hospitals. We are not restocking grocery store shelves or delivering food door to door.

“But we do have money, lots of it. Money that is desperately needed now and will continue to be needed in the years ahead, as our world recovers from this crisis.”