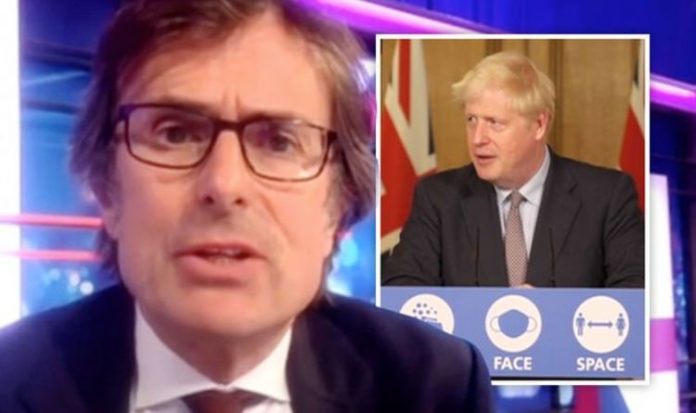 Boris Johnson is facing a tirade of fury following new legislation which would override a key part of the UK and EU’s Brexit withdrawal agreement. Former prime minister John Major issued an incendiary statement in response to the Government, stating a signature on any Treaty or Agreement was “sacrosanct”.  ITV political journalist Robert Peston confronted the Mr Johnson with the former prime minister’s words, demanding to know what he would say to them.

Mr Johnson responded at the briefing: “I have to say, of course, I see it very differently.

“I see the risk that certain extreme interpretations of the Treaty might place to the peace process in Northern Ireland, to the Good Friday Agreement.

“Nobody wants to see a barrier down the Irish Sea.

“So what we’re going is putting a safety net beneath which things cannot go wrong to protect peace and protect the settlement in our united kingdom. That is the purpose of what we’re doing.”