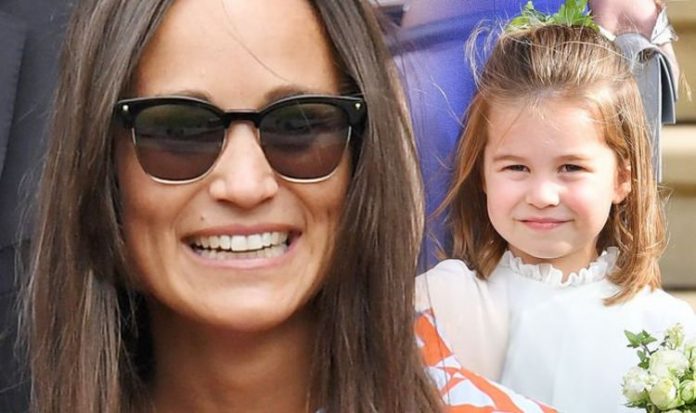 Prince William and the Duchess of Cambridge welcomed their daughter Princess Charlotte on May 2, 2015, at the Lindo Wing of St Mary’s Hospital in Paddington, announcing her name two days after the birth. As Charlotte is the couple’s only daughter, they undoubtedly thought long and hard about what to call her.

And as it turns out, Charlotte is actually the middle name of Pippa Middleton, the Duchess of Cambridge’s sister.

No doubt the Duchess had her sister in mind when she picked out the name, given they have always shared a close relationship.

When Prince William and his then-girlfriend, Kate, broke up in 2007, the Duchess did not handle things especially well.

It was, in fact, her sister Pippa who helped pick up the pieces, and ended up playing a huge role in rekindling the romance.

Pippa worked her magic by moving in with her sister, and the couple were back on track within just four months.

It makes sense, then, that the Duchess of Cambridge would want to honour her sister.

And the tribute to Pippa is not the only one embedded in Princess Charlotte’s name.

Ms Allford said: “They had such drive and were very competitive, particularly Pippa, but never against each other. They were always very much a team.”

The Duchess has taken the same hands-on approach with her own children, Prince George, Princess Charlotte and Prince Louis.

“Instead of paying attention to the cameras or reporters, Kate is communicating to her children that this moment is about their family more than anything.

“It’s a way of creating a special memory despite the pomp and circumstance.”