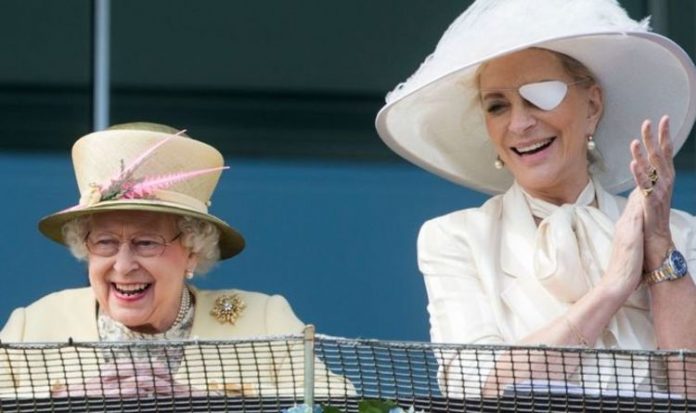 “She and her husband Prince Michael have remained in isolation at Kensington Palace ever since.

“Prince Michael did not test positive.”

Princess Michael is said to have been unwell for weeks and to be suffering from taxing symptoms.

A source close to the couple told the Sun on Sunday: “The Princess is suffering from extreme fatigue and has terrible fevers.”

Prince and Princess Michael are non-working members of the Royal Family and don’t receive public funding.

Nevertheless, they have regularly taken part in the past in key royal gatherings such as Trooping the Colour or the Queen’s Christmas party at Buckingham Palace.

Prince and Princess Michael’s London residence is Apartment 10 at Kensington Palace, a five-bedroom and five-reception room home on the same ground of the Duke and Duchess of Cambridge’s house.

Princess Michael’s diagnosis comes a few weeks after it was reported Prince William had suffered from coronavirus in April.

The Duke of Cambridge was treated by palace doctors and self-isolated at Anmer Hall, according to the Sun.

The newspaper claimed Prince William spoke about his diagnosis during an engagement this autumn, saying he didn’t announce it at the time not to alarm the nation.

Throughout the month of April, the Duke continued to carry out royal engagements via video link or phone calls.

The first British royal to contract coronavirus was Prince Charles, who was tested for the virus in late March after experiencing flu-like symptoms.

The Prince of Wales self-isolated at Birkhall for seven days.

Camilla, Duchess of Cornwall, tested negative and remained in self-isolation for 14 days to check whether she was incubating COVID-19.

Prince William spoke about his father’s diagnosis in an interview with the BBC.

Revealing he had been concerned for his father, the Duke said: “I have to admit, at first I was quite concerned, he fits the profile of somebody, at the age he is at, which is fairly risky, and so I was a little bit worried.

“But my father has had many chest infections, colds, things like that over the years.

“And actually, he was very lucky, he had mild symptoms.”

Prince Charles himself said he was lucky for having experienced only a mild bout of the illness.

During a socially-distanced engagement in June, Prince Charles also opened up to NHS staff at Gloucestershire Royal Hospital about his sickness, revealing one of the symptoms he had experienced was the temporary loss of smell and taste.

Jeff Mills, one of the healthcare assistants who spoke to the heir to the throne during the engagement, recalled: “He did speak of his personal experience, so first-hand experience for him.

“He also spoke about his loss of smell and taste, and sort of still felt he’s still got it now.”