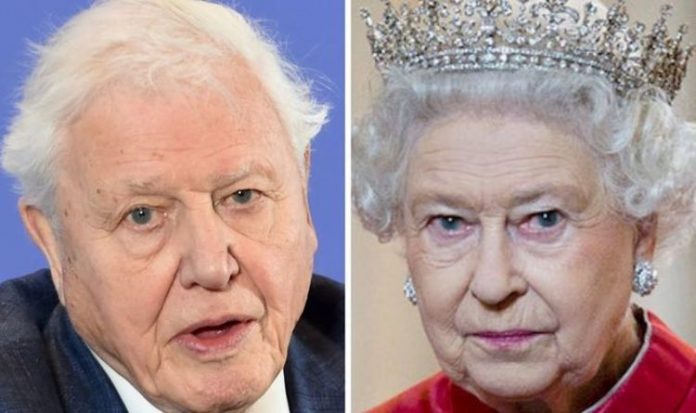 The Royal Family’s private life has once again leaked into the public psyche after a once banned documentary was uploaded to YouTube. Some of the peculiarities of the film showed the Queen while shopping for food and Prince Charles making a salad. The royals banned the film more than 50 years ago, after a crew spent a year following Queen Elizabeth, Prince Philip and their children in the Sixties.

The footage was as intimate an insight to the Firm as you could possibly get: Shots of them chatting at the breakfast table, relaxing in their living room, carrying out royal tasks and looking at jewels – one even showed Philip grilling sausages at Balmoral Castle.

Around 37 million viewers watched it at the time.

The Queen quickly changed her mind deciding the programme was “too intrusive” and ordered the film to be kept among the BBC vaults.

The Royal Family: The documentary spent a year with the family and followed their day-to-day lives (Image: GETTY)

She wasn’t alone in her concern, as was a then young David Attenborough.

Since having been knighted, Sir David was in the Sixties a controller at the BBC.

According to royal author Ingrid Seward, editor-in-chief of Majesty magazine, the monarchy had at the time “never quite come to terms with the power of television or appreciated its need to reduce its subject matter to the level of a soundbite”.

In her book, ‘The Queen and Di: The Untold Story’, published in 2000, Ms Seward told of how Sir David raged at the then BBC Director, Mr Cawston, over his decision to make the documentary.

JUST IN: Queen abdication fears: Monarch having ‘a rest’

In a letter, the author said Sir David wrote: “You’re killing the monarchy, you know, with this film you’re making.”

He allegedly added: “The whole institution depends on ­mystique and the tribal chief in his hut.

The last time the documentary was shown was in 1972.

David Attenborough: The broadcaster pictured while working for the BBC in 1955 (Image: GETTY)

The Queen: Sir David has grown fond of the Royal Family over the years (Image: GETTY)

Ms Seward said: “It was a warning which was ignored and, in retrospect, the programme came to be seen to have given fateful encouragement to exactly the kind of intrusive interest in their lives which the royal family were at such pains to avoid.”

When the video resurfaced on YouTube, earlier this month, thousands of views clocked up on it.

It has since been removed following a copyright complaint from the BBC.

The programme has been discussed before.

During Amazon Prime’s ‘The Story of the Royals’, Laura Mayhall, co-editor of Women’s Suffrage in the British Empire talked about the documentary at length, and suggested its intent was to show the British public that the royals are simply like the rest of us.

Ms Mayhall said: “It’s really a vehicle for us to see a little bit behind the scenes, so we can understand the monarchy as people like us.”

Robert Lacey, historical consultant on Netflix’s ‘The Crown’, added: “They realised that if they did something like that too often, they would cheapen themselves, letting the magic seep out.”

Sir David has become fond of the Royal Family over the years.

Early in 2020, the broadcaster and natural historian visited Kensington Palace to present an outdoor screening of his programme, ‘A Life On Our Planet’.

A screening for the Cambridges saw Sir David pass on to Prince George a tooth from a shark, a carcharocles megalodon.

The Cambridge’s later posted to Instagram that Sir David had found the tooth on a family holiday in Malta in the late Sixties, thought to be from around 23 million years ago.