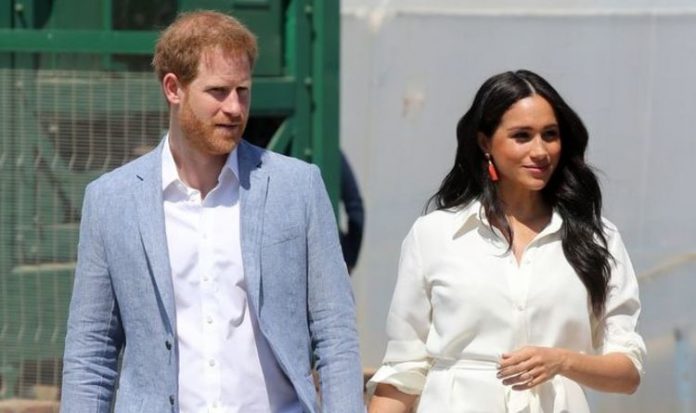 Meghan Markle and Prince Harry are now living in California, USA, after officially standing down as senior royals in March 2020. The pair haven’t returned to UK soil since forging their new lives together but the couple are expected to fly back in just a few months time, a royal expert has claimed.

Meghan and Harry have stayed in North America since quitting the Royal Family last year, due in part to coronavirus travel restrictions.

But the pair hope to reunite with the Duke’s family later in the year, if travel bans are lifted.

Royal commentator Kate Nicholls said she expects the Duke and Duchess of Sussex to return for three major events this year.

She said: “The much-awaited statue tribute to Princess Diana will be unveiled in Kensington Palace Gardens on what would have been her 60th birthday.

READ  Queen Elizabeth II: The bizarre demands from Queen - and why her menu is written in French | Royal | News (Reports)

“And it is Harry’s intention, and Meghan’s also, to be here in the UK for that opening.

“It may possibly be the first time we see the brothers together, but I think that we will probably see them together in the spring around the Queen and Duke of Edinburgh’s birthday celebrations. COVID travel plans permitting.”

The Queen will turn 95 on April 21 this year, while the Duke of Edinburgh will celebrate his 100th birthday on June 10.

Diana’s statue is due to unveiled on July 1, on what would have been her 60th birthday.