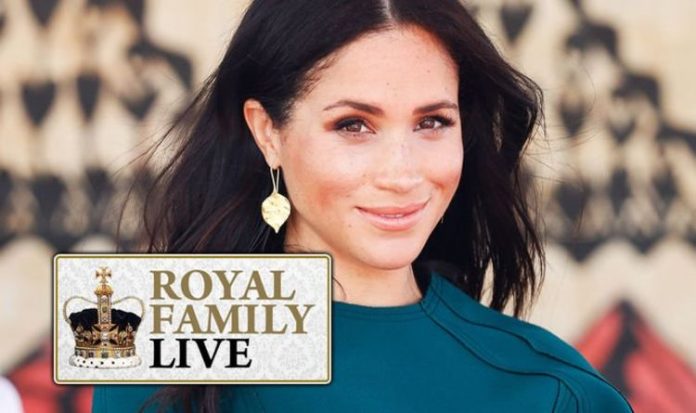 The Duchess of Sussex is taking legal action against Associated Newspapers Limited, publisher of the Mail on Sunday and MailOnline, over an article which reproduced parts of the handwritten letter sent to her father Thomas Markle in August 2018. Meghan Markle, 39, is seeking damages for alleged misuse of private information, copyright infringement and breach of the Data Protection Act over five articles, published in February 2019 – which included extracts from the “private and confidential” letter sent to her 76-year-old father.

At a remote High Court hearing to be heard by Mr Justice Warby later from 10.30am today, Meghan’s legal team will apply for summary judgment of her claim and argue Associated Newspapers Limited has “no prospect” of defending her privacy claim.

Associated Newspapers Limited denies the allegations against them.

An application for a summary judgement is usually made by a claimant in a bid to have parts of a case decided without a High Court trial.

In October 2020, the judge granted an application by the Duchess of Sussex’s legal team to postpone a trial, due to be heard at the High Court this month, and was adjourned until autumn 2021.

Meghan Markle and Prince Harry are currently living in the US (Image: GETTY)

The application was not opposed by Associated Newspapers Limited, but the publisher’s lawyers did ask the judge to consider Mr Markle’s situation, saying he is “elderly and sick” and wants and intends to give evidence at trial.

In a ruling last November, Mr Justice Warby said Mr Markle’s “thoughts and feelings” about the letter were “a relatively minor aspect of the case overall”

The legal challenge by the Duchess of Sussex was filed in September 2019 and has taken a number of turns.

In August 2020, the publisher’s bid to name five of Meghan’s friends who gave an anonymous interview to People magazine – which Associated Newspapers Limited say brought the letter to her father into the public spotlight – was dismissed.

Last September, the Mail on Sunday was given permission by a judge to use a book about Meghan and Prince Harry, titled Finding Freedom by Omid Scobie and Carolyn Durand in their defence – a decision the Duchess of Sussex’s legal team tried to get overturned.

The remote hearing before Mr Justice Warby begins at 10.30am and is expected to last two days.

Prince Charles is vividly different from his mother the Queen who, over the past seven decades, has been able to keep the focus on the Crown rather than herself, a royal expert has claimed.

The Queen‘s reign has been successful because she has been able to “sustain the mystery” and conceal her personality and thoughts behind the Crown, according to royal author Clive Irving.

The expert said: “She understood from the word go, when she became queen in 1952, that you have to sustain the mystery.”

Princess Anne is the Queen and Prince Philip’s only daughter and a royal force to be reckoned with.

Here’s how the title Anne received at birth paved the way for future generations including Prince George, Princess Charlotte and Prince Louis.

The Duchess of Cornwall has opened up about her childhood in a deeply personal piece to launch her online book club.

Camilla traced her love of reading back to her younger years and gave fans a rare glimpse of what her life was like growing up.

In the piece, Camilla claims her late father Bruce Shand was instrumental in cultivating her a love for literature.

According to the royal, her father read to her and her siblings every night as children.

Camilla wrote: “My father was a passionate bibliophile who would read to his children every night. Life without books was, for him, a life not worth living. He passed his love of reading on to me.”

9.00am update: Queen Elizabeth II ‘will likely be last queen of England’

The end of Queen Elizabeth II’s reign will bring to the conclusion of “the whole history of queens in England”, a royal author has warned.

The Queen is set to be the last female monarch over the UK for decades to come, royal author Clive Irving has claimed.

The royal commentator and journalist noted the Queen only has immediate male successors, which means there won’t be a female monarch in the UK until at least the end of Prince George’s reign.

The line of succession to the British throne (Image: EXPRESS)

8.40am update: Legal expert says summary judgement ‘an attractive option for the Duchess’

The Duchess of Sussex’s legal team will today apply for a summary judgement in her privacy claim over the publication of a letter sent to her father.

Emily Cox, partner in the media disputes division at law firm Stewarts told Sky News: “There are a lot of attractions to a summary judgment application.

“The main one is that you are limiting the judge’s analysis of the issues to the pure legal points.

“So does Associated Newspapers have any credible defence to the legal points made, without the waters being muddied with all the factual witnesses and the media fanfare that would accompany high profile individuals taking the stand?

“So from a publicity perspective and a big circus perspective, as well as costs, there are a lot of reasons why it would be an attractive option for the Duchess.”

8.30am update: Legal expert outlines what to expect from Meghan’s legal challenge

Meghan Markle’s legal team will today apply for a summary judgement in her privacy claim over the publication of a letter sent to her father, and a legal expert outlines what to expect.

Emily Cox, partner in the media disputes division at law firm Stewarts told Sky News: “You shouldn’t be seeing any new evidence, anything of that nature.