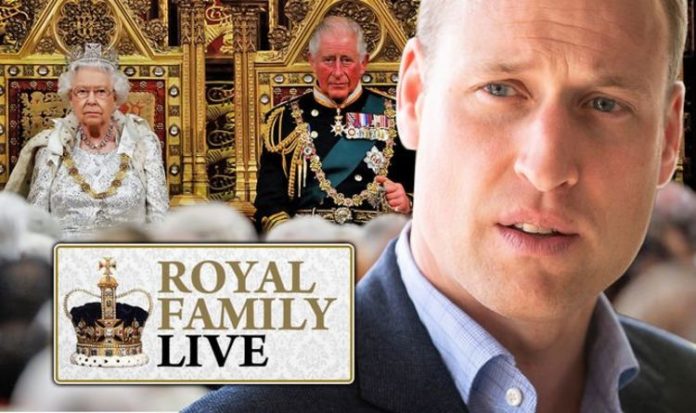 However, some royal fans have taken to social media to demand a huge shakeup in the line to the throne, urging the Duke of Cambridge to immediately succeed the Queen after her death or abdication.

The uproar against Prince Charles and his wife Camilla appears to have followed the release of the fourth season of Netlix’s The Crown, which has dramatised among other royal events Princess Diana and Prince Charles’s first years of marriage, as well as the Prince of Wales’s relationship with Camilla.

However, royal commentators have pointed out the TV series inaccurately shows Charles and Camilla being involved in an affair throughout his marriage to Diana, while the couple are believed to have had little contact in person between 1981 and 1986.

One Twitter user called cassylaw wrote: “I believe the monarchy should stay in place just that the Crown should skip Charles and go straight to Prince William.

“Without the Monarchy we will end up like #America politicians playing king and look how well that turn out for them.”

Another Twitter user named inspector clueso said: “Prince William should be king. Charles has blown it.”

A third Twitter user, chas, added: “Prince Charles has lost all credibility & I believe that most Britons will not want him as the next king.

“Here’s hoping that William is a little more intelligent than his father.”

READ MORE: Did Prince Charles EVER love Diana? Real life vs The Crown

Other royal fans directly mentioned Princess Diana and lashed out at the Prince of Wales for his affair.

Royal fan Willymina said: “There is no way Prince Charles should ever be KING.

“He choose love over duty. DUTY TO THE CROWN IS A SACRIFICE FOR THE COMMON GOOD OF ITS PEOPLE.

“Diana Princess of Wales, The Queen of Humanity will always be in our heart and hope that Prince William will be the King Of Humanity.”

These calls for the Queen to shake up the line of succession and bar her firstborn from becoming monarch after her have not been unanimously welcomed by Twitter users.

Many other royal fans sided with Charles and Camilla, showing their support and belief they would one day be good King and Queen Consort.

Maria wrote: “Charles WILL be King and he will be a great king with the Princess Consort by his side.

“William and Kate will have more time to enjoy their young family in a way that Queen Elizabeth and the Duke of Edinburgh never had.

“Anyone wishing for something else is plain cruel.”

And Andrea, replying to another user saying they hoped Camilla would never become Queen Consort, said: “Well I hope she does! Charles will make an excellent King!”

FOLLOW THIS BLOG FOR LIVE UPDATES ON THE ROYAL FAMILY:

8.10am update: The Queen and Prince Philip ‘rediscovered some happiness’ during Covid lockdown gloom

Prince Philip and the Queen have “really enjoyed” spending more time together throughout coronavirus lockdown restrictions, a royal expert has said.

royal commentator Katie Nicholl has said she thinks the couple have “rediscovered some of the happiness of their earlier years” because of the time they have spent in each other’s company.

Speaking to Nine news, she said the Queen has still been “working very hard every day” despite not taking guests or audiences.

Ms Nicholl also supposed the monarch would have breakfast and lunch alone.

But she added: “I know for a fact there were quite a few occasions where they made a point of coming together for dinner at the end of the evening, dressing up and being at the dinner table, which probably hasn’t been the case for quite a long time.”