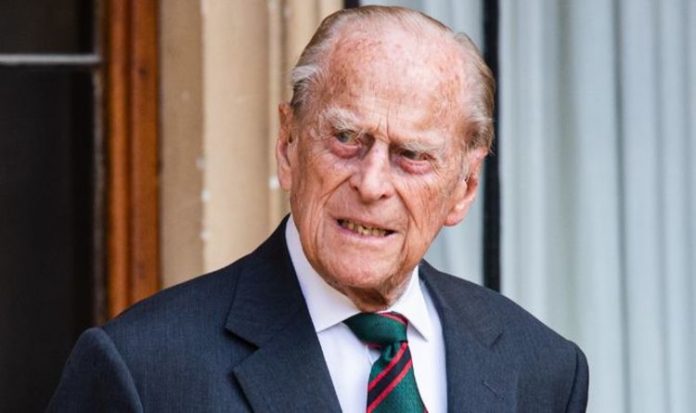 Royal author Ian Lloyd said “duty was everything” for the Duke of Edinburgh, 99, who retired when he turned 95 after decades supporting the Queen. He added that also having “personal fulfilment” would not have crossed Philip’s mind.

Mr Lloyd, who has written new book The Duke: 100 Chapters In The Life Of Prince Philip, told The Telegraph: “Prince Philip always had a profound respect for the Royal Family.

“Duty was everything. He didn’t think, ‘Is this appropriate for me?’ He didn’t over-analyse.

“This idea that you should also have personal fulfilment was not something he would have considered. It’s a different generation.”

The royal biographer added that while Philip is close to his grandson, he will see the Duke and Duchess of Sussex’s decision to quit royal duties for a new life in America as a “dereliction of duty”.

Mr Lloyd said: “He adores him and sees a lot of himself in him.

“The fact that this is Harry’s wife will not have helped.

“He will definitely see their decision to move abroad as a dereliction of duty.”

Former actress Meghan, 39, and Harry, 36, are said to have left senior royals blindsided when they announced plans to step back as working royals in January 2020.

The couple officially ended royal duties on March 31 and are now living in a mansion in California with their young son Archie.

Meghan Markle is paving the way to a potential political career in the US, according to a Democratic strategist.

Mike Trujillo told The Times: “She’s doing everything that’s appropriate and allowed given her new position but she’s definitely putting her toe in the water.

7.30am update: Harry ‘wanted out’ of Royal Family as Duke realised he ‘can’t live in a shadow’

Prince Harry’s motivation for leaving the Royal Family was not just the treatment of Meghan Markle, a royal expert has claimed, explaining why the Duke of Sussex “wanted out”.

Royal commentator Marlene Koenig told Express.co.uk: “I do think he has wanted out.

“Yes the press coverage of his wife was horrible. There were ways that it could have been handled better. But I think he himself can’t live in a shadow.”