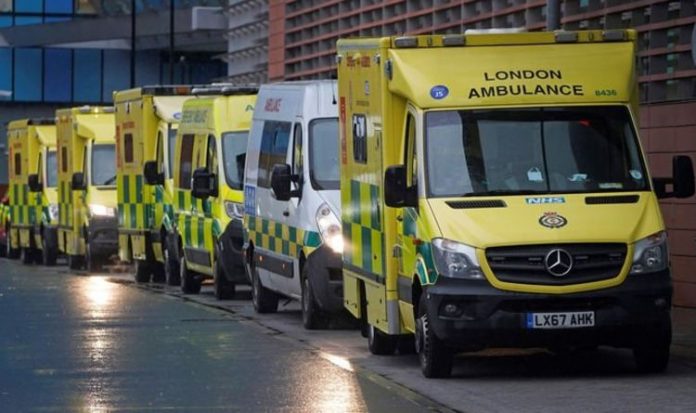 Some experts say that will end the need for lockdowns, as the rate will be similar to influenza. The Joint Council for Vaccination and Immunisation also predicts the vaccination programme will see a drop of 80 percent in hospitalisations. The figures, obtained by the Covid Recovery Group and the Sunday Express, will heap pressure on Prime Minister Boris Johnson to announce a lifting of restrictions by or before spring, when he makes his statement on February 22 about the “roadmap” out of lockdown.

Last week Transport Secretary Grant Shapps warned that “people shouldn’t be booking holidays right now”. He said that even for summer breaks to go ahead, “a lot of different things need to come together”.

There have also been comments from some scientists, including those from the Government’s Sage advisory body, who are speaking in a “personal capacity”, warning of the need for many more months of restrictions despite the success of vaccines.

But details from the JCVI show that by the end of this week – if not before – the first priority groups will have had an inoculation.

Leading scientists are also confident the vaccines will do their job, even as the virus continues to naturally and incrementally evolve, because such changes are not large enough to negate the effectiveness of the vaccines.

One top scientist who sits on the JCVI, who asked not to be named, said: “Once we have vaccinated the vulnerable population we will have a mortality rate that is similar to seasonal influenza.

“Society, not politicians or scientists, need to decide how we move on from this point.

“Some scientists want to eliminate the disease entirely. I am one of many who believe the potentially deadly costs of the restrictions that we would need to do this are too high.”

He said: “All the metrics are moving strongly in the right direction and these figures show the success of the vaccination programme as we go into spring.”

The Altrincham and Sale MP added: “This is now an opportunity for safe reopening of schools, sport, retail, hospitality – together with opening the prospect of summer holidays.”

However, Professor Steven Riley, of the SPI-M modelling group, warned Britain could face a Covid wave as big as the current one if lockdown is lifted too quickly.

He said while the vaccine drive had been “incredibly successful” it did not mean controls could simply stop.

He explained: “No vaccine is perfect.

“We are certainly going to be in the situation where we can allow more infection in the community but there is a limit.”

Almost 1.2 million letters were due to have landed on doorsteps by yesterday asking people to log on to the national vaccination booking service, with a further 1.2 million due to arrive this week.