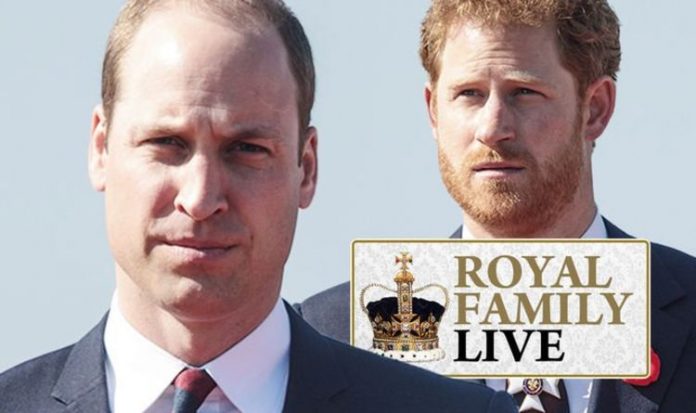 Prince William has welcomed an inquiry into a BBC Panorama interview with his mother, Princess Diana, saying it “should help establish the truth behind the actions” that led to the controversial programme. But Prince Harry has been criticised for not speaking out on the matter and has been urged to stand “shoulder to shoulder” with his brother.

Ingrid Seward, editor-in-chief of Majesty Magazine has called on the Duke of Sussex to speak out on the BBC inquiry.

She said: “Harry’s silence speaks volumes. He is normally so keen on letting his opinions be known — why hasn’t he done so in this case and stood by his brother to share the responsibility.

“It is odd he hasn’t spoken out about the BBC and Bashir case as he has been speaking out a lot about other things recently.

“Harry should really man up and forget the fallout with his brother.

“They should be standing shoulder to shoulder on this one.”

Last week the BBC announced it would appoint a judge to lead an independent investigation into how the interview came about.

Prince William had been in private talks with senior BBC bosses for the past fortnight.

It comes after interviewer Martin Bashir was accused of using forged documents and dozens of lies to clinch the 1995 interview.

In the explosive interview, Diana discussed her husband’s infamous affair with Camilla Parker Bowles and said: “There were three of us in this marriage, so it was a bit crowded.”

She also admitted to her affair with Army captain James Hewitt and questioned Prince Charles’ suitability to be King.