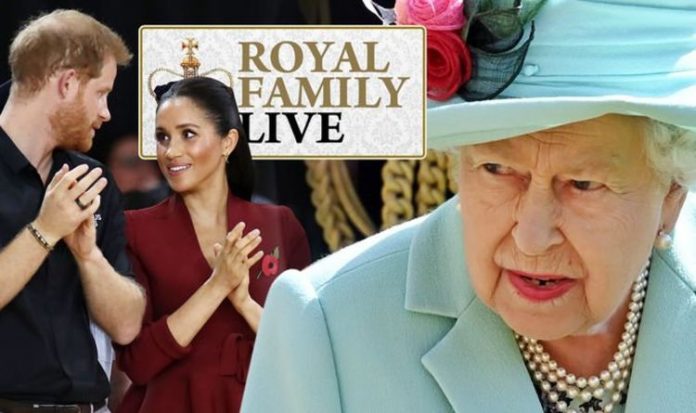 The Duke and Duchess of Sussex ended royal duties last March and the arrangements are due to be reviewed after one year. Royal experts had previously claimed Meghan and Harry were hoping for an extension to the period.

But royal author Carolyn Durand cited sources as confirming the Sussexes do not plan to ask for an extension.

“While the door was left open by the Queen, Harry and Meghan have carved out an impressive start to what will be their new family legacy.

“When their roles came to an end they started from scratch, and in just nine months since then they have navigated a pandemic and set up their non-profit [organisation]. This is only the start.”

Ex-Suits star Meghan and Harry are living in a mansion in California with their young son Archie after stepping back as senior working royals.

Since quitting the Royal Family, the couple has established their Archewell foundation.

They have also signed lucrative deals with Netflix and Spotify.

7.30am update: William and Harry ‘reconnected’ over festive period

Prince William and Prince Harry “reconnected” over the festive period, a royal expert has claimed.

READ  The situation in and around Nagorno-Karabakh: UK statement

Ms Nicholl said: “There were phone and video calls over the Christmas and New Year holiday and the Sussexes sent presents to the Cambridges and vice versa.

“It was an opportunity in an otherwise very busy and chaotic year for both of the families to come together and connect, albeit virtually.

“Things are a lot better between William and Harry. If you go back a year at that stage, these brothers were barely on talking terms.”