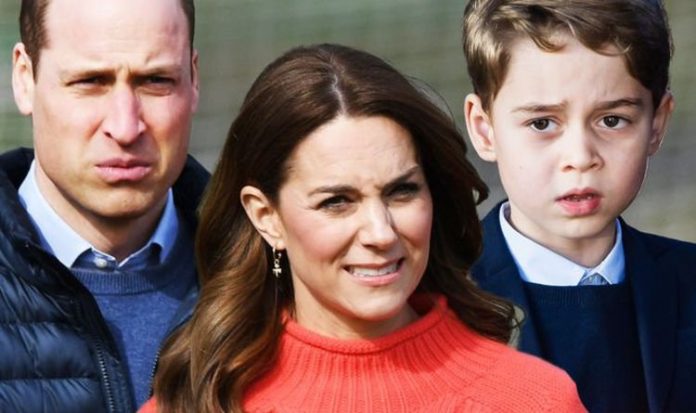 Graham Smith told Express.co.uk Prince George should be free to make his own choices regarding whether he wants to be an active part of the monarchy. Republic is an organisation that campaigns for Queen Elizabeth II to be replaced by an elected, democratic head of state and the monarchy to be abolished.

Mr Smith said: “It could be 60 years before he gets on the throne and I would hope that the throne is gone by then.

“Regardless of when he might be on the throne, George is a young boy who has every right to live his life as he wants to live it.

“The royals need to stop exploiting him and his siblings for PR purposes.

“They need to do everything they can to ensure that they have as normal a life and are free to make their own choices on whether they want to be an active part of that institution or if they want to do other things.”

The Republic CEO also said Prince George has already been told what religion and the career path he must follow and has seen his personal choices relegated.

Mr Smith said: “Every child should be treated the same and this is the fundamental point.

“When we look at George for example he has been told what his religion and career are going to be.

“And the fact that he has to marry a woman and have children.

He said: “It makes absolutely no sense to claim that ‘all royal children should be treated exactly the same as any other child’.