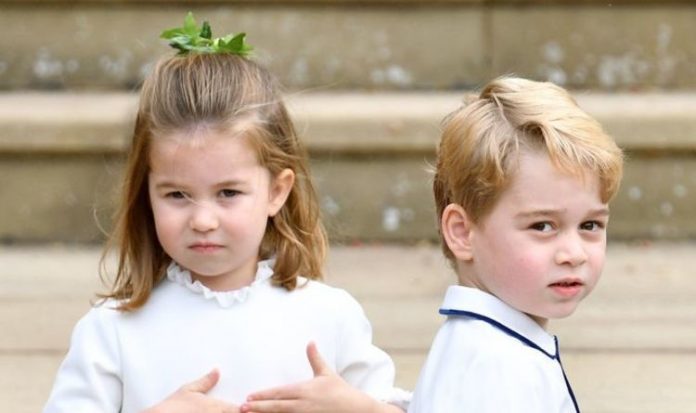 When it comes to their children’s education, the Cambridges rely on Maria Bordallo, a Norland College-educated nanny who was first seen with the Royal Family in 2014. Ms Bordallo’s outstanding education set out the strict rules that position her among the top child carers in the country.

One the standards Ms Bordallo is held to is a ban on the word “kid”, which means she can only refer to the young royals as “children” or by their names.

In her research into the prestigious college, documentary producer and director Louise Heren spent a year with aspiring nannies.

Speaking to the Mirror, she explained why the word “kid” is forbidden to a Norland nanny.

Ms Heren said: “The word kid is banned. It’s a mark of respect for the children as individuals.”

She also speculated about Ms Bordallo’s relationship with the Cambridge children, describing other Royal Family’s nannies’ experience as “pretty normal”.

The producer said: “Given what we have seen of Catherine when she is out in public, she’s very hands on.

“I imagine her relationship with Maria is very close and they collaborate greatly on the care of the children.

“I’ve spoken to nannies who have worked with other royal families and life is pretty normal.”

Ms Heren said: “She’ll say: ‘This is your opportunity to show Mummy and Daddy just how wonderful you are, and you are to smile and be really good for them and then we can go inside and play.’

“Maria will know their schedule. She will be doing a lot of explaining to them what is happening.

“If the children have travelled on royal engagements, it will be jolly difficult getting the kids to bed because of the excitement and the timetable of events.

“When you see William and Kate go off to a function and the children aren’t with them, they will be having naptime.”

But rather than a royal staff, the nanny is seen as another family member, according to Ms Heren.