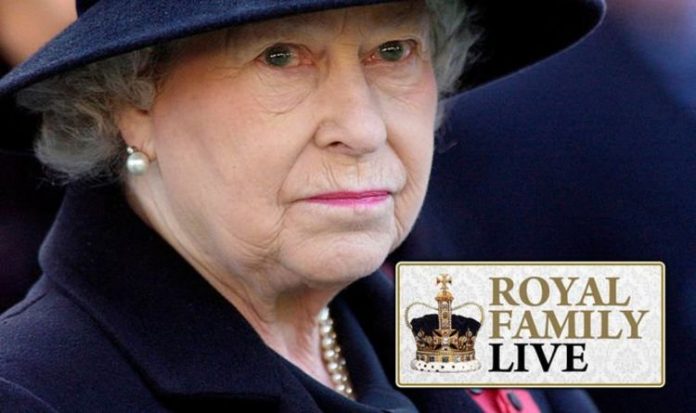 Queen ‘cool and calm head in a crisis’ says expert

The Queen has dominated the popularity charts, run by pollsters YouGov, for months. But surveys carried out between October and December 2020 have seen Her Majesty be overtaken by her grandson and heir, marking a rare loss for the Queen.

Despite this positive score, Prince William still performed better than the Queen, with 75 percent of the 1486 people polled on their opinion of him giving him a positive score – and placing him at the top of the charts.

The Queen is still hugely popular across all ages, a rundown of the YouGov data shows, but she is particularly liked by people born between 1965 and 1980 – Generation X.

77 percent of the people in this age bracket said they have a positive opinion of the Queen, followed by Boomers – people born before 1964 – with 73 percent.

Millennials, people born between 1981 and 1996, greatly appreciate the Queen, with 66 percent saying they have a positive opinion of her – but she is only their third favourite member of the Royal Family.

Millennials, YouGov has discovered, prefer Prince William to the Queen, with 73 percent saying they have a positive opinion of him.

Royal Family news: The Queen with Kate and William in December (Image: GETTY)

Just 10 percent of those polled said they have a negative opinion of the Duke and 14 have a neutral one.

YouGov regularly checks the mood of the country on 15 members of the Royal Family – including the Wessexes, the Cambridges and Princess Anne.

The latest results shared by the research data and analyst group show a huge reshuffle in the top 15 most popular royal charts.

Both Sophie, Countess of Wessex, and Camilla, Duchess of Cornwall, have surpassed Meghan Markle in the charts, who now ranks 11th.

Royal Family news: 73 percent of the people polled have a positive opinion of the Queen (Image: GETTY)

But a staggering 40 percent said to hold a negative opinion on the Duchess of Sussex.

Prince Harry’s popularity also appears to have dropped as he now ranks 8th, with 41 percent of the people saying they have a positive opinion of him – closely followed by Camilla, with 37 percent of positive opinions on her side.

Princess Anne, the no-nonsense Princess Royal, has now joined the Queen, William and Kate, Duchess of Cambridge, at the top of the charts, ranking 4th with 50 percent of the interviewees saying they have a positive opinion of her.

This is a live blog. Follow below for rolling updates on the Royal Family.

Royal Family news: The line of succession to the throne (Image: EXPRESS)

Prince Harry has reached out to rugby fans in a special new video to honour his role as patron of the Rugby Football Union.

Prince Harry has appeared in a touching new video to honour his ties to English rugby.

The Duke of Sussex looked relaxed as he delivered his first solo video message in a while from his living room in Santa Barbara, California.

Despite having stepped down as a senior royal and relocated to the USA, Harry has held onto his royal patronages and is still patron of the Rugby Football Union.

The special video was shared on Friday to celebrate 150 years of English rugby.

Royal journalist and author Omid Scobie retweeted the clip with the message: “Prince Harry, Vice-Patron of @EnglandRugby, has recorded a special video to mark its 150th season.”

Excited fans reacted to the tweet on social media with one calling on Harry to “come home” to the UK.

One fan wrote: “Harry. Come back mate. We need you here.”

Another gushed: “Love you Harry. Take care of yourself and your family.”

8am update: YouGov releases latest data for its ‘most popular royalty in the UK’ poll

YouGov regularly interviews Britons to monitor how their opinion of members of the Royal Family has changed over time.

Latest released data, based on interviews carried out between October and December 2020, show the Queen’s popularity dropping and Prince William snatching the first position.