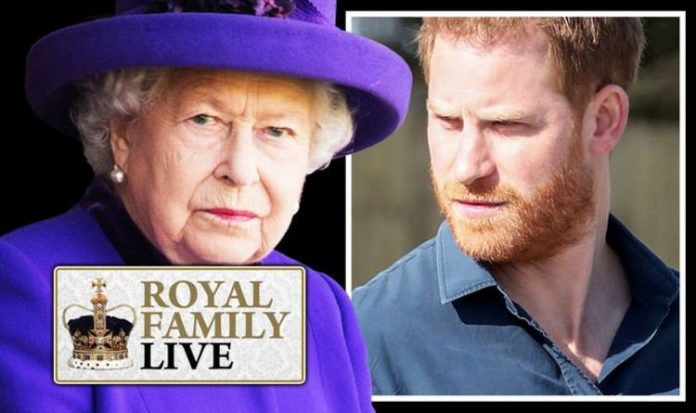 Princess Anne is one of the royals believed to be in line to receive a new military patronage following the end of the 12-month Megxit review. Rumours the no-nonsense Princess Royal could become the next Captain-General of the Royal Marines after Prince Harry started swirling in February last year.

Royal commentator Richard Fitzwilliams told Express.co.uk: “There has been considerable speculation over the future of Harry’s military links when the Sandringham Agreement with the Queen is reassessed by the end of March.

“Many feel that the princess would be the ideal successor to Prince Philip as Captain General Royal Marines, but the matter is yet to be decided and the posts have been kept open.”

Prince Harry was given the role of Captain General by his grandfather the Duke of Edinburgh in 2017.

After he and Meghan announced their intention to step back as senior royals and discussed the terms of their exit in mid-January 2020, the Duke of Sussex agreed to relinquish his three military patronages to be able to pursue a more private and independent life abroad.

This choice has reportedly been a painful one for the Duke of Sussex, who after serving for 10 years in the Army has dedicated much of his royal work to supporting veterans and injured service people.

The Queen did not immediately fill the posts left vacant by her grandson’s departure, preferring to nominate his successors only after the end of the 12-month Megxit review period.

This delay was seen by a few royal commentators as an opportunity for a possible return into the royal fold of Prince Harry.

However, the commercial deals struck by Meghan and Harry in the US mean it is unlikely the Duke and Duchess of Sussex will consider rejoining the Firm as senior royals in two-month times.

Earlier this month, the Daily Express royal correspondent Richard Palmer said he does not think the Megxit review taking place in March will bring about radical changes to the agreement already in place between the Sussexes and the monarch.

He wrote on Twitter: “Reporters have different takes on this but for what it’s worth my understanding is there’s little to discuss in the Megxit review due at the end of March.”

He added: “Harry is clearly unhappy about losing his military patronages but there’s no sign of any change on that.

“His military patronages are expected to be given to other members of the family later in 2021.

“Announcements are likely to be dribbled out rather than made on March 31.”

The Duke was appointed Commodore-in-Chief, Small Ships and Diving, Royal Naval Command in 2006.

Two years later, he was given the title of Honorary Air Commandant in 2008.