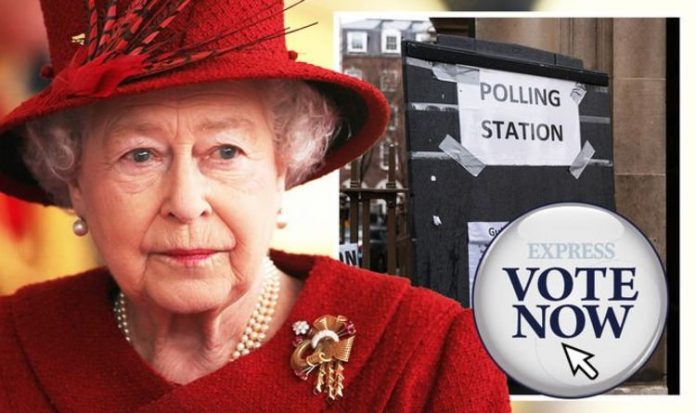 Graham Smith, the CEO of campaign group Republic, said the Government should call a referendum on the monarchy, warning the royals: “Nothing is ever settled forever.” Mr Smith, whose organisation campaigns in favour of an elected head of state, told Express.co.uk: “Countries are divided on political issues and votes are ways of settling those issues.

“Nothing is ever settled forever, there may be a referendum in the future to return to the EU.

“It is highly likely that there will be a second Scottish independence referendum and there should be a referendum on whether or not we have a monarchy.

“These big constitutional questions about how we govern ourselves should be answered by the British public.

“The idea that we should pretend there is no division by not having a vote is nonsense.

“Divisions exist, arguments are there, and issues need to be resolved.

“These big-ticket issues need to be resolved through a public debate.”

Do you think British voters should have a say on the future of monarchy?

The twilight of the Queen’s reign is being perceived as the perfect moment to spark a new conversation on republicanism by experts campaigning in favour of an elected head of state.

Jenny Hocking, Emeritus Professor at Monash University and executive member of the Australian Republic Movement, said republicanism may be bolstered by the mere change on the throne after a long period of stability under the rule of Queen Elizabeth II.

Professor Hocking had previously told Express.co.uk: “I don’t think it’s a question of Prince Charles being more less or more liked than the Queen.

A recent YouGov poll showed republicanism was favoured by approximately 20 percent of the population.

The survey, carried out between October 2 and 4 last year, asked 1626 British adults whether the UK should replace the monarchy with an elected head of state.

Out of the total responders, only 21 percent spoke in favour of turning the UK into a republic.

This figure was down from another survey held in March 2020, when 23 percent of the surveyed spoke in favour of a republic.

The October poll also asked who respondents would prefer to see becoming head of state after the Queen’s reign ends.

Among those surveyed, 37 percent said the line of succession to the throne should be respected and want to see Prince Charles becoming the next King.

On the other hand, 41 percent said the Queen should be succeeded by Prince William rather than his father.

Only 15 percent, down from the March figure of 16 percent, said there should be no monarch after the Queen.

The Queen ascended to the throne in 1952 following the death of her father, King George VI.

Later this week, on February 6, she will mark her 69th year on the throne, as she gears up to celebrate the Platinum Jubilee in 2022.

The Queen, the longest-serving monarch in the history of the UK, dispelled speculation she would step down after turning 95 this year by announcing in 2020 celebrations with Britons for her reign lasting a four-day bank holiday.