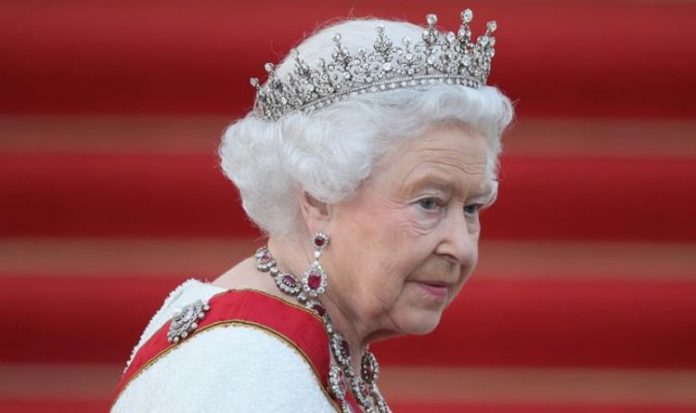 Royals have been known to love the glitz and glamour of their extensive jewellery collection but there is one diadem that has long been kept from use. The Strawberry Leaf Tiara has been labelled as “bad luck” to all wearers and owners because of a steady line of tragedies connected to the diadem since it first entered the history of the Royal Family in the mid-19th century. Speaking to Channel 5 documentary ‘Secrets of the Royal Jewellery,’ historian Dr Kate Williams said: “The Hesse Strawberry Leaf Tiara is a beautiful tiara but it’s known to be one seen as haunted because it brings bad luck to pretty much anyone who owns it or wears it.

“It starts out as a wonderful thing, a wedding gift from Prince Albert to his daughter Princess Alice on her wedding to Prince Louis of Hesse.

“But Albert dies just before the wedding, and Alice 17 years later dies of diphtheria, the first of Queen Victoria’s children to die. Three of her children die in tragic circumstances.”

Princess Alice died aged 35 after refusing to leave her children’s side after three of them caught diphtheria and became herself infected.

Her youngest daughter passed within days of her, while an elder son, Friedrich, had died of haemophilia five years earlier. Two other daughters, Grand Duchess Elisabeth Feodorovna and Empress Alexandra of Russia, were both executed during the Russian Revolution.

JUST IN: Prince Harry ‘to avoid hassle of representing Queen’ in US through diplomatic visa

Dr Williams continued: “After the death of Alice, her eldest son Prince Ernst takes the tiara.

“Unfortunately, Ernst and his wife have quite bad luck as well as their daughter dies of typhoid and they have a stillborn son.

“Ernst marries again and his son George then inherits the tiara and that’s very unlikely because he marries Cecilie, a sister of Prince Philip, the Duke of Edinburgh.”

Ernst of Hesse married his cousin Victoria Melita  but divorced her following the death of their grandmother, Queen Victoria, in 1901 after failing to produce an heir.

The Hereditary Grand Duke and Grand Duchess of Hesse left one daughter, Johanna, who had remained home as her family headed to the wedding of her uncle, Prince Louis of Hesse, to Margaret Campbell Geddes.

Prince Louis and his new wife adopted their orphaned niece shortly after the crash but she died of meningitis a month before her third birthday in 1939.

The tiara is then believed to have passed on to Princess Margaret but it was not left to the Geddes family when she died in 1997.

Margaret was never pictured wearing the Strawberry Leaf Tiara but the jewel has been exhibited on several occasions and is believed to now be in possession of the Hessian House Foundation.