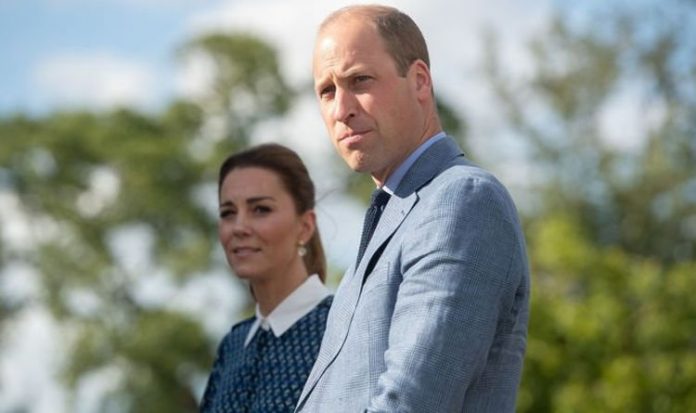 He explained: “We already know that next March there is going some sort of review of this situation.

“When the agreement was drawn up in March this year, the Queen suggested a 12-month period and then a review.

“Harry didn’t want that. Harry is quite happy in exile.

“But Buckingham Palace say that in March next year, or before the end of March, the Queen, Prince Charles and Prince William will sit down and examine what they think should be done next.”

JUST IN: Royal fans praise Prince Philip for walking away from Meghan and Harry

Mr Lacey added that “interestingly there’s no mention of including Harry in this”.

He questioned: “So, how they can arrive at a joint solution is not clear.”

The next time Meghan and Harry will be in the presence of the Royal Family may not be until next July.

The royal biographer explained: “July next year is the anniversary of Diana’s birth.

Prince Harry and Meghan Markle stunned members of the Royal Family earlier this year when they stepped down from their royal roles.

The couple lost their HRH titles and relocated to California with their son Archie.

The Sussexes faced a wave of backlash from the public following the split, with Duke and Duchess of Cambridge rumoured to be angry about the pressure this puts on them as senior working royals.

Mr Lacey also suggested that Prince Harry reacted furiously to getting “the blame for everything” in the Royal Family.

He said that the Duke of Sussex “resented” his role in the Royal Family from an early age.