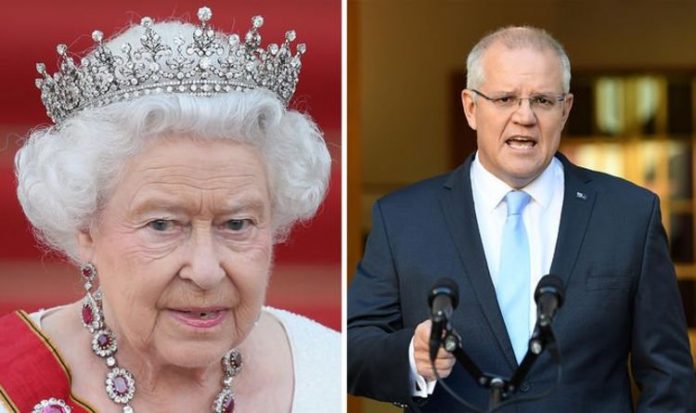 According to a recent poll by YouGov, 62 percent of Australians support ditching the British monarch as their head of state and having an Australian head of state instead. The only way for this to happen is for it to be voted for in a referendum, but in 1999 the country voted to keep the Queen. However, if one crucial element was different, it would be much easier for the republicans to win a second time around, a historian has claimed.

Historian Professor Jenny Hocking said the key ingredient the cause needs is to get bipartisan support.

This is because for referenda to pass in Australia there not only has to be majority support overall, but there also has to be a majority of the states, which is difficult to get without bipartisan support.

Professor Hocking, who is a National Committee Member of the Australian Republic Movement told Express.co.uk that it was “inevitable” that Australia will ditch the monarchy but that it “has to be a bipartisan process”.

She added: “The history of referenda ‒ and it does have to be passed through a referendum in Australia ‒ has really shown us that without bipartisan support the opportunity of passing a referendum is almost nonexistent.

READ  CMA lifts the lid on impact of algorithms

“It’s extremely difficult to pass referenda in Australia without bipartisan support, because you not only have to get a majority support nationally, you need to get a majority of the states supporting you as well.

“That’s a difficult ask, unless you have bipartisan support and because we have two very strong major parties with strong consistent support bases, that will almost always certainly bring you the highest likelihood of success.”

The Australian Labour Party has supported constitutional change to become a republic since 1991 and has incorporated republicanism into its platform.

It is also the only party that proposes a series of plebiscites to start the republican process.

In the 2019 federal election, Labour’s platform included a two-stage referendum on the republic to be held during the next parliamentary term.

However, they were defeated in the election.

The Liberal Party is a conservative and classical liberal party with no official position on the monarchy.

Both republicans and monarchists have held prominent positions within the party, with republicans including former prime ministers Malcolm Fraser and Malcolm Turnball, who was previously the leader of the Australian Republican Movement.

The National Party, who are currently in coalition with the Liberals, officially supports the monarchy, but there are some republicans within the party, such as former leader Tim Fischer.

Under Prime Minister John Howard, a monarchist, the government initiated a process to settle the republican debate, which involved a constitutional convention and the 1999 referendum.

Mr Howard claimed the matter was resolved by the failure of the referendum.

Professor Hocking argued a key reason behind the 1999 result was that the republicans had not come to a consensus as to what should replace the monarchy ‒ in other words, how would the head of state be chosen and what powers would they have.

She said: “There’s always been majority support for a republic, largely, in Australia.

“The difference has been there are disputes about the nature of the head of state role, which of course currently is the Queen, and how that will be appointed or elected, what form that will take, what powers that will have.

“That tended to divide the republic debate and that’s certainly what happened with the failed referendum.”

The historian said these are the questions that need to be hashed out “over the next year or two”.

She concluded: “There’s a couple of hurdles ‒ pretty big hurdles ‒ to get through, but it’s not really a question of whether people support a republic or not ‒ because by and large the majority does ‒ but it starts to splinter around those questions about how we get there.”

‘The Palace Letters: The Queen, the Governor-General, and the plot to dismiss Gough Whitlam’ by Jenny Hocking will be released on December 10. It is available here.