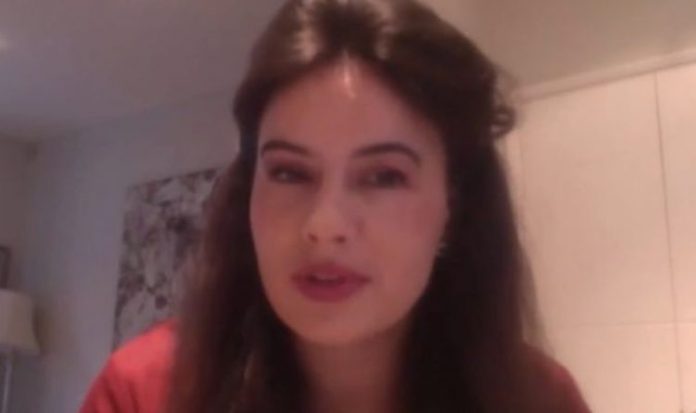 A Royal Family relative has admitted that she has “failed” her children “in so many ways” when it comes to homeschooling during the pandemic. Lady Sophie Windsor, who is married to the son of the Queen’s first cousin, Prince Michael of Kent, had shared her challenges with Lorraine Kelly. The former star of British sitcom Peep Show had joined the ITV show to speak about her Home School Appeal to help the country’s most vulnerable children.

“I mean it’s shameful to talk about how hugely I’ve failed in so many ways.

“Mainly because I’m a real pushover as a parent.

“I’ll say yes to anything if it means five minutes of quiet at that moment.”

She continued: “Doesn’t matter about the long term problems, I just say yes.

“So when I put on the cap of firm, organised teacher saying we’re going to do long division, then geography and phonics, my seven-year-old just looks at me and says no. So I’m a disaster.

“There’s loads of other reasons, it’s simply not working.

“The multi-dimensional problems going on, it’s not just the fact that education isn’t happening, which is a tragedy, it’s also the horror people are living through of abuse.”

“The destitution is a pandemic, as the children’s authorities are saying.”

The royal is patron of School-Home Support (SHS).

She has joined with HELLO magazine to launch an urgent call to raise vital funds for the organisation.

She warned viewers about how disadvantaged children up and down the country are suffering hunger, cold and abuse in lockdown.